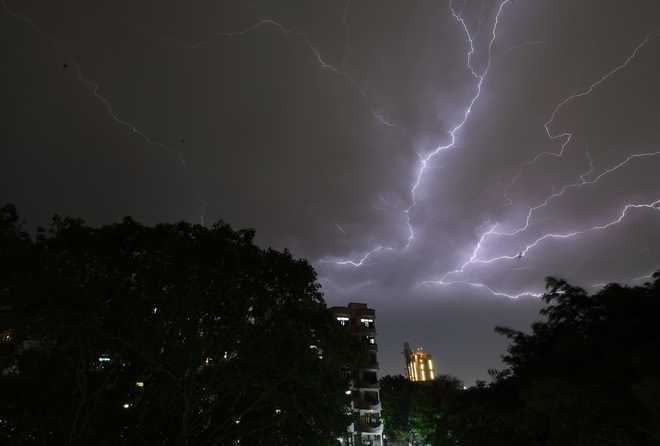 Moderate to heavy rain occurred across Himachal triggering landslides at some places and minimum temperatures dropped by two to four degrees. File photo

Moderate to heavy rain occurred across Himachal triggering landslides at some places and minimum temperatures dropped by two to four degrees.

Paonta Sahib was the wettest with 107 mm of rains followed by Jatton Barrage 101mm, Dharampur and Sangrah 63 mm each, Nahan 36 mm and Sundernagar 34 mm.The local MeT office has warned of thunderstorm and lightning in low and middle hills of Kangra, Kullu, Mandi, Shimla, Solan and Sirmaur for the next four days and predicted wet spell in the region till June 23.

Keylong in tribal Lahaul and Spiti was the coldest at night recording a low of 4°C. — TNS