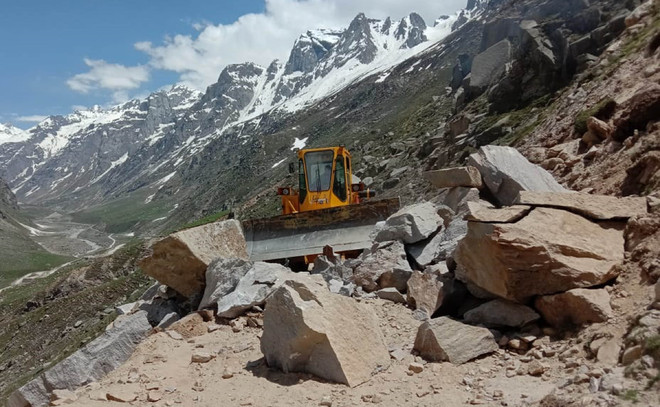 The Border Roads Organisation (BRO) has hastened the process to reopen the Sumdho-Kaza-Gramphu road in Lahaul-Spiti much earlier than the usual time. - File photo

The Border Roads Organisation (BRO) has hastened the process to reopen the Sumdho-Kaza-Gramphu road in Lahaul-Spiti much earlier than the usual time.

The road is crucial from the defence point of view as it leads to the border Spiti shares with China. Sources say the Union Government has asked the BRO to clear this road earlier in view of the ongoing tensions along the LAC in Eastern Ladakh. 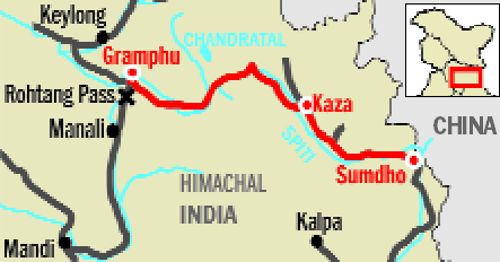 The BRO has set April 15 deadline to clear the road, which will also connect Spiti to Manali and Lahaul valley via Kunzum pass. The BRO machinery has reached near Batal from Kaza side via Kunzum pass (Gramphu). The Sumdho-Kaza-Gramphu road is 209-km-long. Nearly 100-km stretch of this road is snowbound from Kaza up to Gramphu. The road is usually restored for traffic movement in mid-June since the BRO first works on the Manali-Leh highway for giving military vehicles access to the Leh and Ladakh region.

Sources in the BRO said from Kaza and Gramphu, the workforce and machinery was moving steadily towards Chhota Dara. There are two avalanche-prone sites between Batal and Chhota Dara, which might pose a challenge to the BRO.

BRO officials will soon inspect these sites on foot. One of its teams has already started clearing snow from Gramphu towards Kaza.

Brig MS Baghi, Chief Engineer of Project Dipak, said: “We are working relentlessly in freezing temperatures to restore the Sumdho-Kaza-Gramphu road by April 15.”