Grayish magma-like material had erupted near the base of an electric pole in Lafali village in Kullu; videos of the incident had gone viral 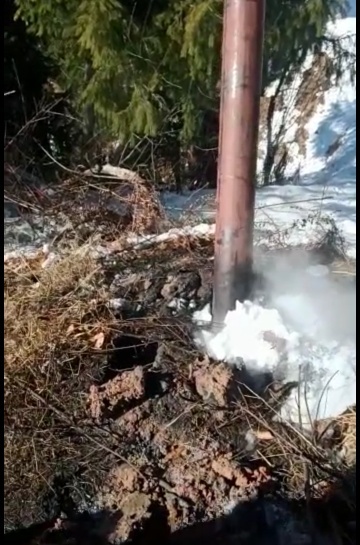 Samples were collected from Lafali panchayat in Kullu where volcanic activity was suspected. File Photo

Electric current seeping into the soil had caused the highly unusual eruption of lava-like substance near Kullu last month, the videos of which shot by locals had gone viral and raised speculations of geological activity in the region.

“The cause of uncommon lava like substance is the result of sudden electrification of soil sediments by discharge of current possible due to lightening or leakage in high tension electric wires,” stated a report prepared by the Geological Survey of India (GSI).

Grayish magma-like material had erupted near the base of an electric pole in Lafali village in Kullu district that had melted snow around it and burnt grass before solidifying.

The GSI had sent a team of geologists to examine the spot and analyse samples of the material. Though Himachal Pradesh is seismically vulnerable and prone to tectonic movements, it does not have a history of volcanic activity.

The team reported that the outflow of molten rock material occurred in a span of about five meters through several vents around the base of a metallic pole supporting power cables. Locals had also claimed fire and sounds of explosions.

Further, the team observed that the electric pole was bent and smoldering at the top and bottom and the nature of the solidified material was identified as fulgurites, which are vitrified, fused rock and sand masses formed due to rapid melting of silicate rich sand, soil and other sediments due to sudden discharge of lightening or current.

Adjoining areas were also observed but no repeated incident was reported.

“The eruption at the root of the electric pole thus points towards the sudden discharge of current as the possible cause of melting and eruption of sediments in the form of molten material,” the team concluded.