Tender awarded for four-laning of Kaithlighat-Dhalli section : The Tribune India 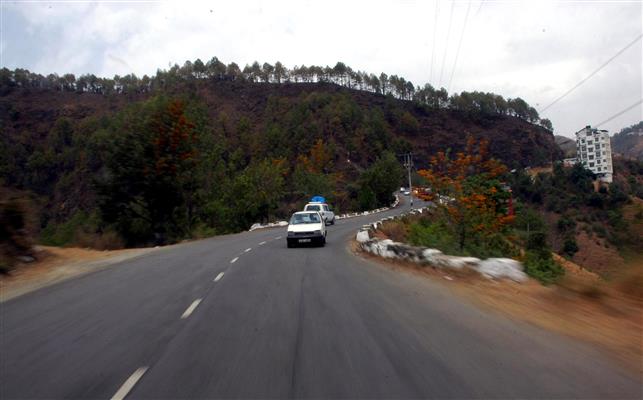 Finally, the tender for Kaithlighat- Dhalli section of the Parwanoo- Shimla fourlane project to be constructed at a cost of Rs 3,914.77 crores has been awarded. The work would start in January 2023 and would be completed in three years. The new highway will bypass Shimla and reduce the distance between Kaithlighat and Dhalli from 40.1 km to 28.4 km.

The project has been divided into two stretches. The Kaithlighat- Shakral (17.46 km) stretch to be constructed at a cost of Rs 1844.77 crore has been awarded to SP Singla Const-Rail Vikas Nigam Ltd (Consortium) while the Shakral- Dhalli (10.98 km) section costing Rs 2070 crore has been given to Gawar Construction, said A S Khural, project director, Shimla.

As many as 10 bids were received for the two stretches. Tunnel experience has been made mandatory keeping in view that tunnels would be constructed because Shimla has old and heritage buildings and real-time monitoring of the buildings would be done, sources in the NHAI said.

Two twin tube tunnels and 20 bridges will be built in the first stretch (Kaithlighat- Shakral) for which forest clearance is almost complete. The second stretch (Shakral- Dhalli) will have three tunnels and seven bridges, including the 580-metre extra dose cable bridge to be built 240 metres above the ground level at a cost of Rs 300 crore.

Earlier, the NHAI had terminated the contract of Chetak enterprise for construction of Kaithlighat-Dhalli section due to tardy progress as barely two per cent work was executed against a target of 30 per cent due to delay in availability of land, forest clearance and axing of trees and other reasons.

Fresh bidding process was extended six times. The NHAI has attributed the delay to administrative and technical reasons besides forest clearance and land acquisition. The authority maintained that the dates were extended before the last date as new norms were introduced.