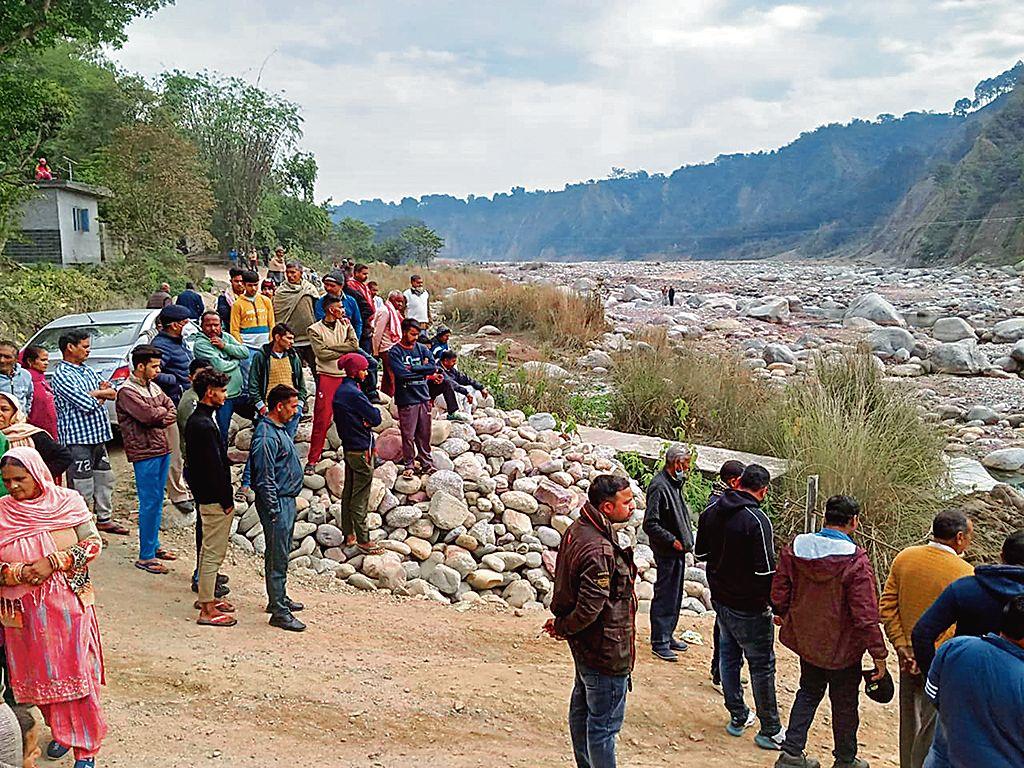 Villagers gather near the illegal mining site at Rajola village.

Alleging threat to their houses due to illegal mining in the Gaj river, residents of Bhaidara, Baidi and Khaidara villages near Gaggal airport have decided to take on the mining mafia.

With the help of the local administration, the locals yesterday blocked temporary path created by tractor-trailer owners to approach the mining site near the Pathankot-Mandi National Highway. Two JCB machines were pressed into service, one was provided by the administration and the other was hired by villagers.

Udham Singh of Khaidara said, “Unscrupulous elements are cutting hills for stones, which has posed a grave threat to around 500 houses in the village. On an average, about 50-100 tractor-trailers are being plied under the nose of the authorities. Despite complaints, no action was ever taken.”

The matter was finally brought to the notice of Kangra Deputy Commissioner Nipun Jindal, who directed the authorities to take action, he said. Jindal said illegal mining would not be allowed and a strict action would be taken against those involved in such activities.

The villagers alleged local contractors of government departments were resorting to illegal mining for using the material in construction activity. Earlier acting on the directions of the Himachal Pradesh High Court, the PWD had stopped the payment of contractors for the want of “X” forms. The “X” forms are issued by the Mining Department certifying that the material used was mined legally. The contractors had threatened to stop work, alleging that the stone crushers and other suppliers did not issue such forms. The matter was taken up in the Vidhan Sabha by some MLAs.