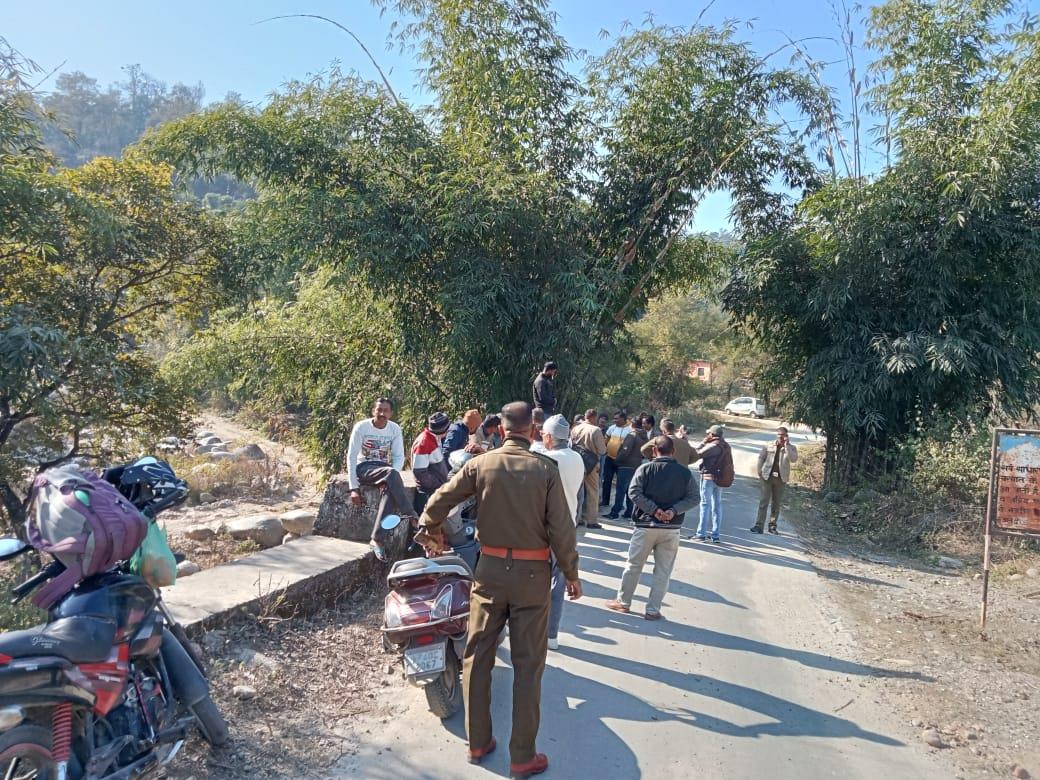 The police try to pacify the protesters at Thural village of Palampur on Thursday. Tribune photo

Villagers of three panchayats of Thural tehsil of Palampur subdivision today protested the illegal mining going on in the Neugal river. They said the illegal activity posed a threat to the bridge linking a dozen villages.

The villagers, comprising mostly youths and women from Bathan, Gharana and Bharnata panchayats, assembled in large numbers at Thural. Later, they thronged the mining site along with police and IPH officials and apprised them about the illegal mining going on on private and government land. IPH and police officials assured the villagers that necessary action would be taken against the mining mafia.

The villagers alleged that despite ban, large-scale mining was going on unabated in the Neugal river under the shelter of the Mining Department.

“Moreover, despite ban, the mining mafia has pressed into service JCBs, tractor-trailers and earthmovers. As police and mining department have failed to act, we have decided to seize them,” they added. “Repeated complaints and protests by locals have failed to yield the desired results,” they said.

The protesters further said that roads, irrigation channels, cremation grounds and village pastures had been badly damaged because of continuous mining in the area. The PWD, the IPH, revenue and forest departments, which had suffered maximum damage to their property, had become mute spectators and failed to act against the culprits, they alleged.

Speaking on behalf of villagers, Seema Devi, pradhan, Sat Pal, up-pradhan of Batthan and Shammi Rana, pradhan, Gharana panchayat, said they would continue their fight against the illegal mining till the practice was stopped and the matter was resolved.