Tourist inflow to Himachal stayed sluggish in 2019 : The Tribune India

Only 4.63 per cent increase from 2018, which saw least footfall in the last decade 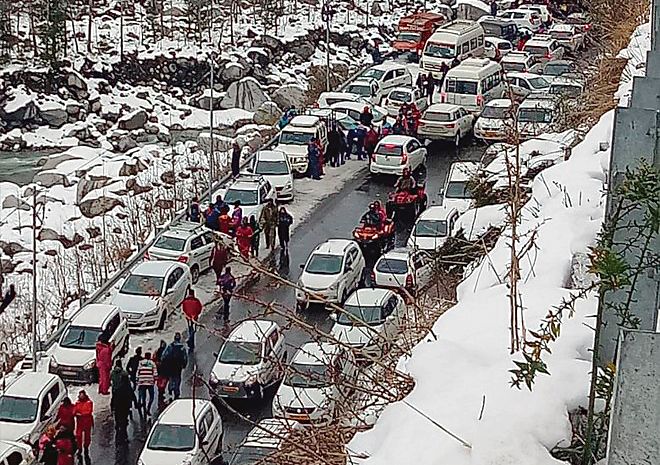 The tourist inflow remained sluggish during 2019 in Himachal as only 4.63 per cent increase was witnessed as compared to 2018 which was the worst year with 16.08 per cent drop in tourist arrival.

The increase in foreign and domestic tourists in 2019 was 7.38 and 4.57 per cent in comparison to 2018 which witnessed a drop of 24.29 and 15.87 per cent in the arrival of tourists. The state faced several problems like acute water shortage and bad road conditions resulting in drop in footfall in 2018 but there was no discernible improvement in 2019 too.

The silver lining this year was that there was an increase of 37,225 tourists in Kangra during the month of November which was attributed to the global investors’ meet organised by the state government at Dharamsala. As many as 1,31,397 tourists visited Kangra in November as compared to 9,4172 in 2018.

The statistics reflect a disturbing trend as tourism development is the main focus of the government and even during the investors’ meet, investment projects worth more than Rs 15,000 crore were signed in the sector.

Himachal is a much sort-after tourist destination, The tourists prefer Dharamsala as it is the abode of Tibetan leader Dalai Lama, Shimla for being the “queen of hills”, reminiscent of British architecture, Kullu-Manali for snow and adventure and Rohtang Pass being the gateway to Lahaul and Spiti.

There is a perennial flow of tourists to “Shakti Peeths” in Kangra, Bilaspur, Una, Simaur and Mandi, known as “Chhoti Kashi” for ancient Shiv temples. The foreign tourists and adventure lovers are attracted to virgin areas of Kinnaur, Lahaul and Spiti and Chamba.