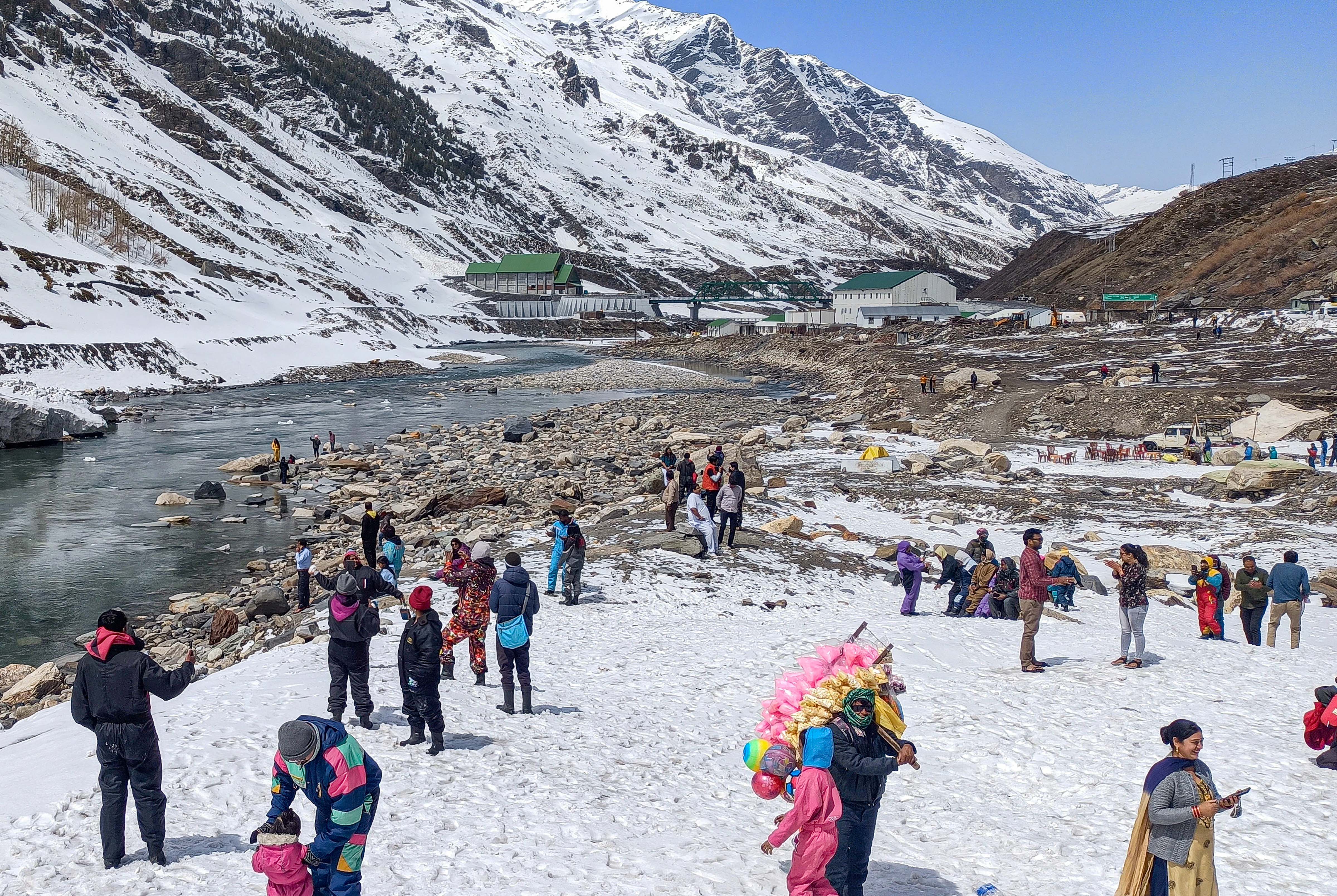 Tourists near the scenic Rohtang Pass after it was thrown open to tourists. PTI file

Following request from beneficiaries of the tourism industry in Manali, the district administration has allowed the tourist vehicles to go to the 13,058 feet high Rohtang Pass on Tuesdays as well. Earlier the road was closed for traffic on Tuesdays to carry out maintenance by the Border Road Organisation (BRO).

The beneficiaries had approached Manali Sub-divisional Magistrate (SDM) Surender Thakur and said that volume of traffic towards Rohtang Pass had decreased manifold after construction of the Atal Tunnel. They demanded that in view of the decline in the number of vehicles going to Rohtang Pass due to preference of tourist to venture towards Atal Tunnel, the tourist vehicles should be allowed on Tuesdays as well.

A recommendation was made by Manali SDM in this regard to Kullu Deputy Commissioner Ashutosh Garg. The DC issued orders that keeping in view the public interest, vehicles will be allowed to go to Rohtang Pass on Tuesdays also.

Vehicles will now be allowed provided a valid online permit as per the directions of the National Green Tribunal (NGT) has been made for this purpose. The maintenance of the road will have to be done by the BRO on a daily basis. The road can be closed in case of emergency but for this the local administration will have to be informed first. The pass was thrown open for tourists on May 5.