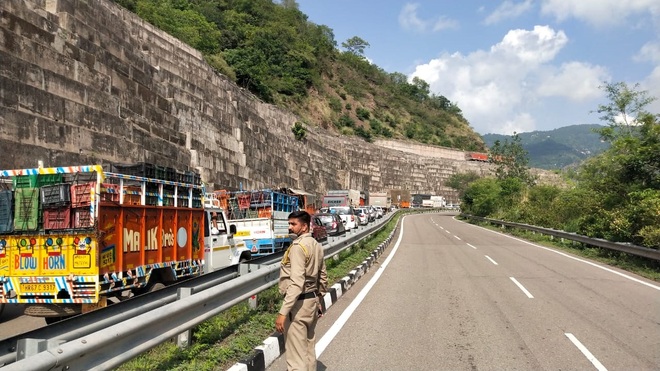 Increase in industrial freight owing to hike in diesel price has unnerved the investors in various industrial clusters of Baddi-Barotiwala-Nalagarh (BBN), Paonta Sahib and Kala Amb.

Freight was hiked by Rs 2.50 per km in Paonta Sahib about three weeks ago. The spiraling diesel prices have again led to an increase of about 8 per cent in the freight, informed Satish Goel, president, Himachal Chamber of Commerce and Industry, Paonta Sahib.

“The goods manufactured here have become uncompetitive as there was no end to diesel hike. As per the agreement between the truck unions and the industry, an increase of Rs 2 per km has again been affected in freight from today,” rued Goel.

The Nalagarh Truck Operators union has also effected an increase of Rs 2.50 since June 26.

In Darlaghat area freight had enhanced from Rs 9.17 per ton per km to Rs 9.41 per ton per km for the cement industry and according to an estimate a truck bound for Punjab registered an increase of about Rs 60 per ton per km.

High freight in the industrial clusters has always been a contentious issue for the successive state governments. In August last year, Asia’s biggest transport union, Nalagarh Truck Operators Union (NTOU) had slashed the freight between 2 and 12 per cent for distances located within 150-km from Baddi and any new depot established within 250-km on the state government’s intervention. The move was aimed luring investors.

Vidya Rattan, president, NTOU, however, said it had become difficult to continue with the discount in freight as work has reduced by 20 to 30 per cent. With loan liabilities and other recurring expenditure, the recent hike in freight allowed them to cover only one-sided expenses and he demanded that the state government should intervene to do away with this discount in these difficult times.