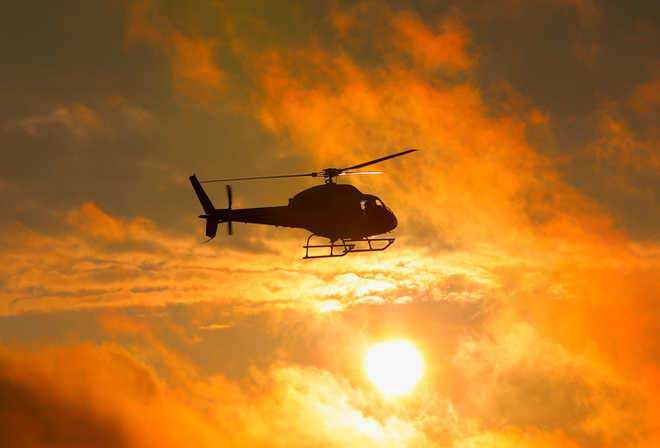 Rajesh Dharmani, Superintendent of Police, Lahaul-Spiti district which shares the international border with China, told a section of the media that a Chinese helicopter had entered 12-15 km into India in the Sumdo area on April 11. Then, on April 20 another Chinese helicopter intruded into the same area.

The area in question lies to the south of Demchok in Ladakh, a region that sees significant Chinese activity and incursions. Earlier this month, there were reports of a face-off between Indian and Chinese troops in Ladakh and Sikkim.

A senior officer at Headquarters Western Command, Chandimandir, under whose jurisdiction the area falls, however, declined to comment on the matter, saying that only the central government would respond to reports of any such cross border incident.

He added that all activities along the border are monitored by different agencies regularly and any untoward or unusual incident is reported and shared amongst them as per established protocols. The peacetime management of the border is with the Indo-Tibetan Border Police Forces that maintains posts on the zero line.

There have been reported instances of Chinese helicopters violating Indian airspace in Himachal Pradesh earlier. Apart from Lahaul-Spiti, Kinnaur is the other district in the state that shares borders with China. The Western Command’s formation, 26 Infantry Brigade that is responsible for this area, is headquartered in Pooh, which is about 11 km from the border as the crow flies.

A limited cross-border trade amongst locals on both sides is also conducted through the Sipki La pass along the Sutlej river during summers.