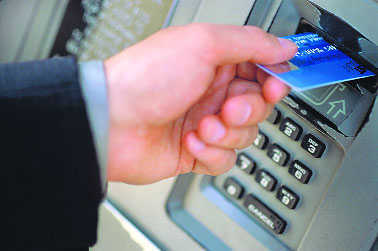 After complaints to the police, the cooperative bank authority had checked the CCTV footage and found these two inside the ATM kiosk involved in suspicious activity. Today, the duo again visited the same ATM kiosk, where the cyber cell police nabbed them.— TNS