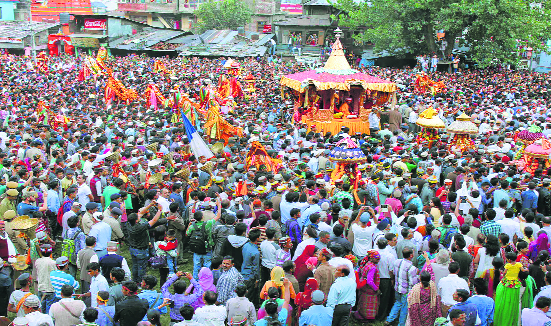 The list of star performers has been finalised for the cultural evenings at the open air auditorium Kala Kendra during the International Kullu Dasehra festival, said Deputy Commissioner Ashutosh Garg while addressing mediapersons here today.

Garg, who is also vice-chairman of the Kullu Dasehra Festival Committee, said each cultural evening would be based on a different theme and this year, the festival would be linked to the “Azadi ka Amrit Mahotsav”.

He said international troupes from Bhutan, Ukraine, Russia and Malaysia would also perform during each cultural evening. Artistes from various states would present a glimpse of their culture by various presentations.

Garg said a skeleton dance and Mallakhamb would be the unique events during the cultural evenings. Garg said auditions had been carried out for the local artistes to maintain the international standard of the festival and they would also perform in all seven evenings.

He said a Maha Natti would be organised on the third day of the festival in which around 8,000 women would participate in traditional dresses. He said awareness under ‘SWEEP’, ‘Beti Bachao’ and ‘Nasha Mukti’ would be given through the Maha Natti. Sports competitions would be held from October 8 to 10. The Laldi dance would be performed on the sixth day of the festival, locally known as ‘Mohalla’. 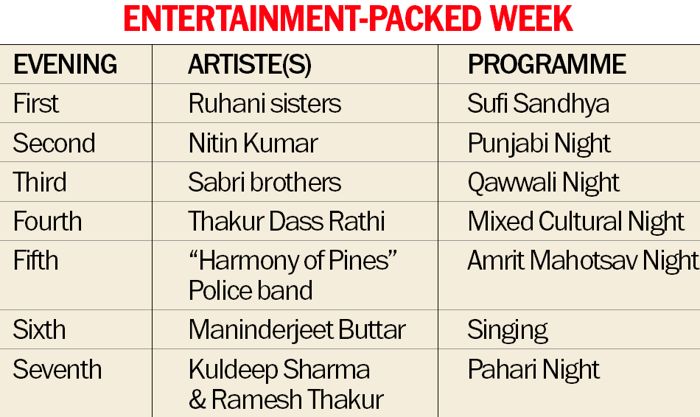