Hoteliers blame it on Himachal Govt 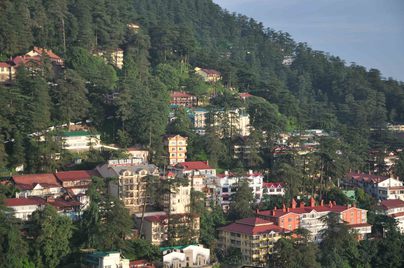 Two years of Covid recession and the declining tourist footfall have taken a toll on hotels and other commercial properties in Kangra with 163 of these either being sealed or on the verge of it for faltering on loan repayment.

Two years of Covid recession and the declining tourist footfall have taken a toll on hotels and other commercial properties in Kangra with 163 of these either being sealed or on the verge of it for faltering on loan repayment.

As per data collected by The Tribune, most of these properties comprise hotels, which are facing action under the Sarfaesi (Securitisation and Reconstruction of Financial Assets and Enforcement of Security Interest) Act, 2002. The banks have approached the district authorities to get these properties auctioned to recover their dues.

This week, two famous hotels were sealed in Dharamsala under the Act, which empowers banks and other financial institutions to take over and auction properties that turn NPAs (non-performing assets) after loans are not repaid. The orders to seal the properties are given to the banks by district magistrates. Kangra Deputy Commissioner Nipun Jindal said proceedings in bad debt cases were carried out on the request of banks and the 163 cases may have piled up over the past year. The Upper Dharamsala Hotel and Restaurant Association has blamed Covid and the sluggish tourist season after the pandemic for hotels being unable to clear dues. Association president Ashwani Bamba also put the onus on the government for allegedly failing to promote tourism in the state despite the sector being a major GDP contributor and employment generator.

After Covid, a large number of tourists have been visiting Kashmir and Uttarakhand. The hotels in Kashmir are packed till July while the Uttarakhand Government’s Char Dham Yatra too has attracted a large number of tourists. “Unlike Jammu and Kashmir and Uttarakhand, the Himachal Tourism Department has failed to make its presence felt at major fests that are organised in various parts of the country to woo tourists,” said Bamba.

Kangra hoteliers say poor connectivity and high airfares to the region were also responsible for the declining tourist footfall. The airfare to Dharamsala is among the highest in the country and it is unlikely to come down till the Gaggal airstrip is expanded to enable landing of bigger planes. The expansion proposal has been hanging fire for years and even the land acquisition process is yet to start.

Sources said the hoteliers were planning to approach the state government to seek relief for the properties facing action under the Sarfaise Act.

Hoteliers blame it on state govt