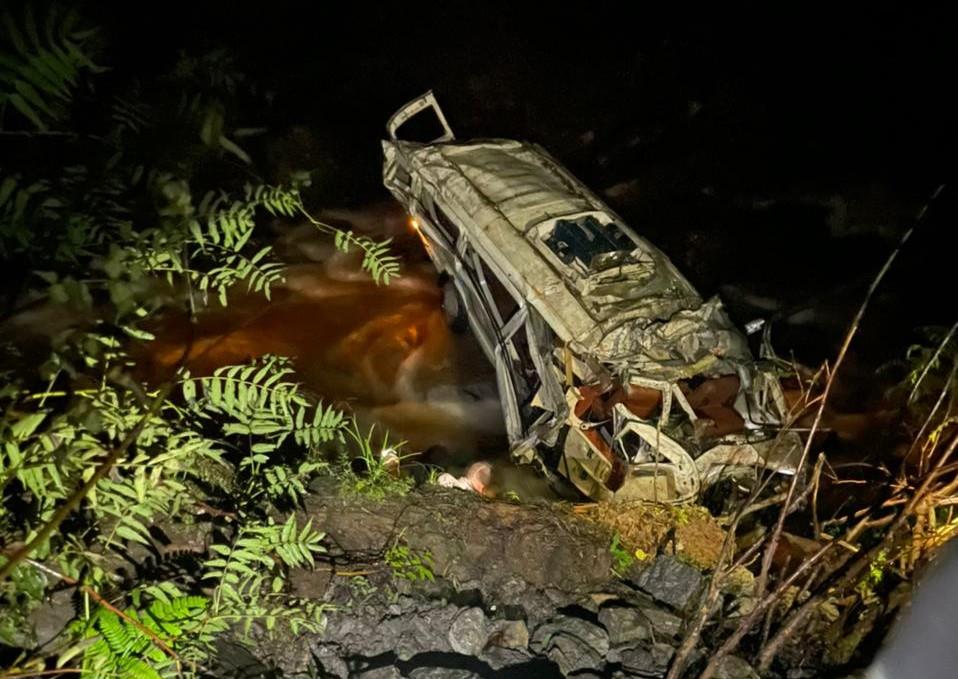 The mangled remains of a vehicle that met with an accident at Ghiyaghi on Aut-Luhri road.

Five tourists died on the spot and 11 sustained severe injuries, when the vehicle they were travelling in rolled down a gorge at Ghiyaghi on Aut-Luhri highway under Banjar subdivision of Kullu district on Sunday evening.

According to police, the vehicle carrying 16 people was on way to Banjar from Jalori pass when the mishap occurred.

Near Ghiyaghi, the driver of the Tempo Traveller lost control over the vehicle and it rolled down the gorge.

According to Kullu SP Gurdev Chand Sharma, five persons died on the spot and 11 sustained injuries. The injured have been rushed to Banjar hospital.

Doctors and paramedical staff have been deployed in emergency services at Banjar and Kullu hospitals to provide better medical care to the injured victims.

Kullu Deputy Commissioner Ashutosh Garg said all possible help is being provided to the injured.

Banjar MLA Surender Shourie also rushed to the spot. Soon after the incident, he also appealed to his party workers from his Facebook page to rush to the spot to help ub rescue operation.

The MLA stated that all possible help will be provided to injured victims as well as to the families of deceased by the government.

The injured victims are: Jai Agarwal of Gwalior, MP; Ishan of Faridabad, Haryana; Abhinaye Singh of Lucknow; Rahul Goswami of Hisar, Haryana; Rishav of New Delhi; Ajay of Ghaziabad, UP; Lakshay of Jaipur; Nistha of Kanpur; Sateja of Hisar. Details about the remaining two injured are not known yet.