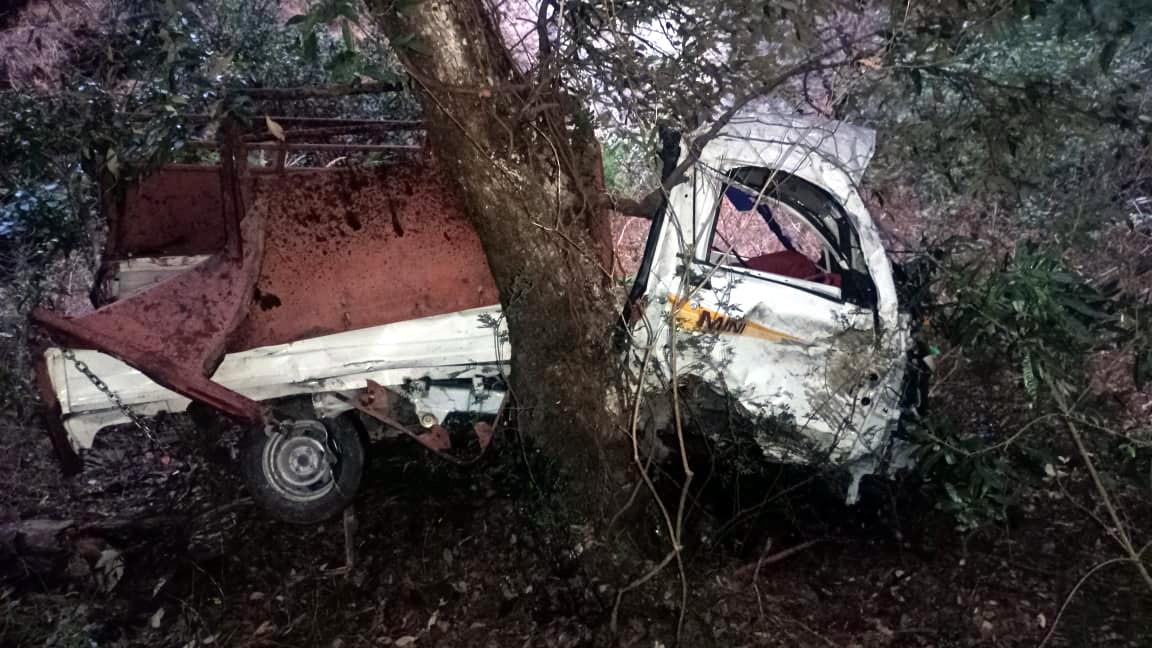 The mangled remains of a tempo after the mishap near Shimla.

Three persons were killed after the tempo they were travelling in skidded off the road and fell into a deep gorge near the Shoghi-Mehli bypass, around 30 km from here late last night.

One person got injured in the accisent and was admitted to the IGMC.

As per police officials, four persons were travelling in the mini tempo. They lost control over the vehicle which rolled down into a 900-meter gorge.

Locals spotted the vehicle in the gorge and rushed all four passengers to the government hospital where three of them were declared brought dead while fourth person Lakhan sustained injuries and is undergoing treatment. The vehicle that met with accident bore Punjab number and it was travelling from Mehli to Solan.

ASP Ramesh Sharma said, “After receiving the information, the police department rushed rescue teams to the accident spot. It took more than two hours to complete the rescue operation as the gorge was quite deep. After the rescue operation, all four on board the vehicle were taken to the hospital where three of them were declared brought dead while fourth person is undergoing treatment. The police have intimated the families of the deceased. After initial investigation a case of negligent driving and death due to negligence was registered.”