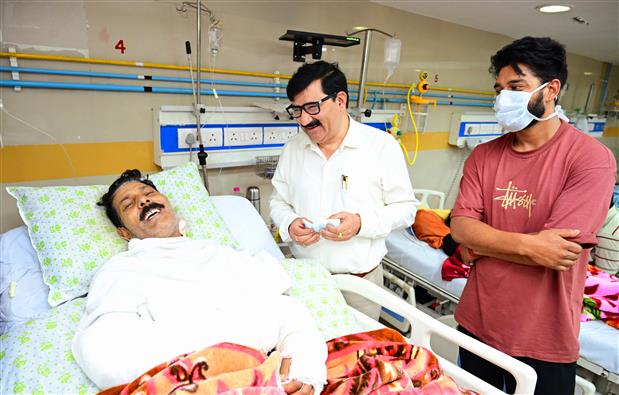 Former panchayat president Paras Ram Negi, who was brutally assaulted at Chharudu on the Kullu-Naggar road on August 25, succumbed to injuries today at the PGIMER, Chandigarh.

His wife Youm Devi was also seriously injured in the attack. Both were admitted to Lal Bahadur Shastri Medical College, Nerchowk, from where Paras Ram was referred to the PGI the next day, as his condition was critical and he had suffered.

The police had registered an attempt to murder case under Sections 307, 323, 147, 148 and 149 of the IPC, Section 25 of the Arms Act and Section 3 of the SC and ST Act and arrested nine persons, including the main accused Khimi Ram alias Kewalu of Seobagh. Two persons were later released after they were not found involved in the case. The remaining seven accused are still in jail. Now, the police have added Section 302 of the IPC after the death of the victim.

Two groups had a scuffle at the Kullu courts complex on August 24 over a land dispute and a cross-FIR was registered by both groups. The next day, Khimi Ram, along with his accomplices, allegedly attacked the duo, grievously injuring them. They also damaged their Social media was flooded with condolence messages for Negi and many expressed resentment against such barbarism in the peaceful valley. Many stated that the incident was a threat to the peace of the valley and steps should be taken to ensure that such incidents do not happen.