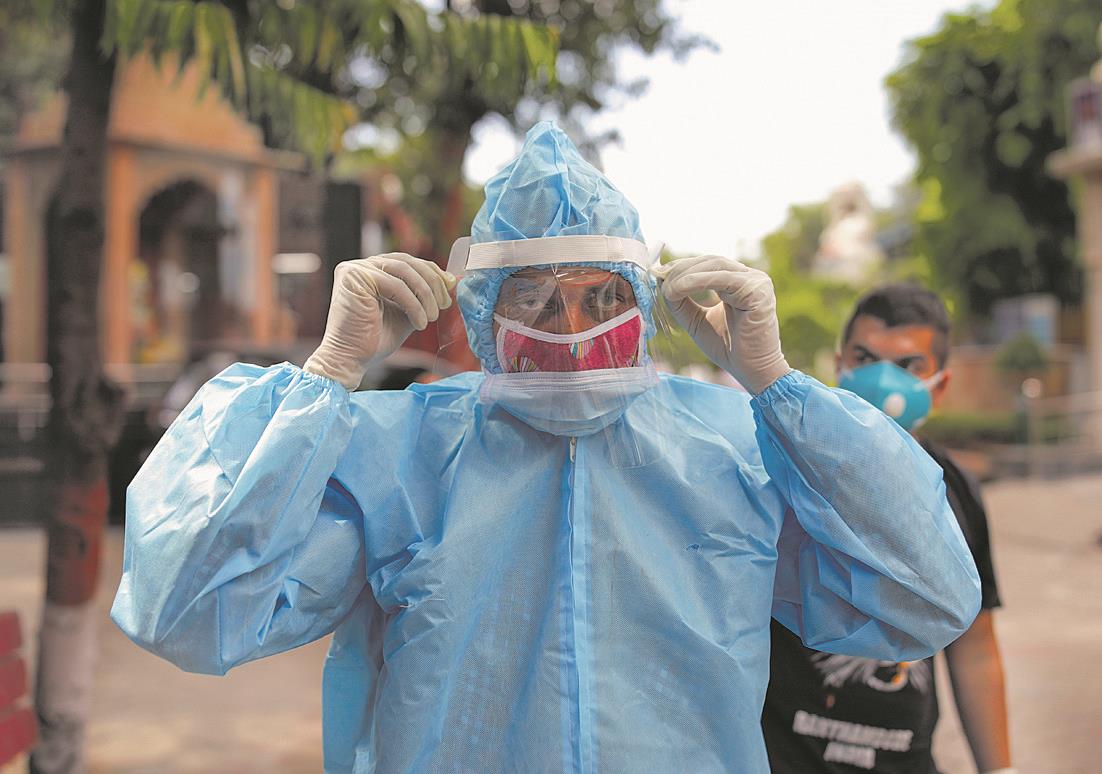 The voice samples of accused Dr Ajay Gupta, former Himachal Pradesh Director of Health Services (DHS), and agent Prithvi Singh have matched with a conversation in an audio clip that has been the basis of an investigation into the alleged PPE kit purchase scam.

In the 43-second clip, Dr Gupta is purportedly heard demanding Rs 5 lakh in bribe for clearing a supply order of 6,500 PPE (personal protective equipment) kits worth over Rs 1 crore.

Prithvi had sent the recording to Dr Gupta on May 19, a day before the Director of Health Services (DHS) was arrested by the state Vigilance and Anti-Corruption Bureau (VACB).

Sources said Prithvi was allegedly willing to pay Rs 3 lakh, but Dr Gupta was adamant on Rs 5 lakh. The possibility of blackmailing the DHS through the audio clip to clear more supply orders could not be ruled out, they said.

The forensic examination of over half a dozen mobile phones seized by the VACB revealed that there were at least three more audio recordings, besides WhatsApp chats, that indicated dispute over the bribe amount.

Arrested on May 20, Dr Gupta was released on bail on May 30. Prithvi was taken into custody on June 6. Both have been booked under Sections 7 and 8 of the Prevention of Corruption Act, 1988.

As the case assumed political hues, Additional Chief Secretary RD Dhiman referred it to the VACB.

The immediate fallout of the controversy was that then Himachal BJP president Dr Rajeev Bindal had to resign from the post on May 27. The resignation ostensibly came to uphold high moral ground in the wake of turmoil created by the audio recording and to facilitate free and fair probe.

In his one-page resignation sent to BJP national president JP Nadda, Dr Bindal had said, “Fingers are being raised on the BJP after the arrest of the former DHS and being the president of the party, I feel that the matter should be investigated properly without any pressure and I am submitting my resignation keeping in view the high moral values.”

The local media was agog with reports of a close associate of a “senior” BJP leader being questioned in the case.