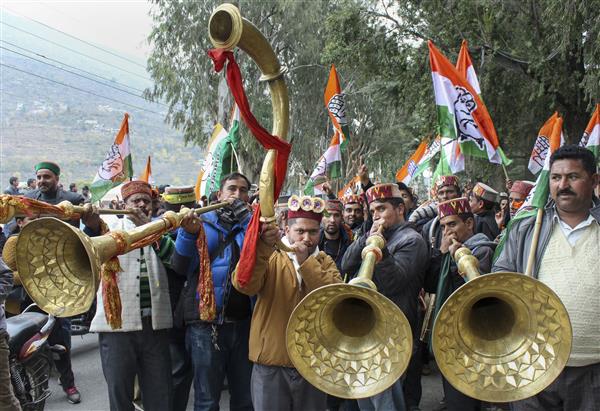 The electorate of Himachal Pradesh has stuck to the hill tradition of not repeating a government, with the Congress winning 40 of the 68 Assembly constituencies.

The BJP, which had gone to the polls on the slogan of changing this ‘rivaz’ of no government getting re-elected since 1985, fought on the development agenda of its double-engine regimes at the state and the Centre. The Congress put up a spirited fight to take on the BJP, whose campaign was spearheaded by the top brass, including PM Narendra Modi and Amit Shah.

This poll was fought on Virbhadra Singh’s name & his legacy. Credit for the win goes to the people. — Pratibha Singh, Congress 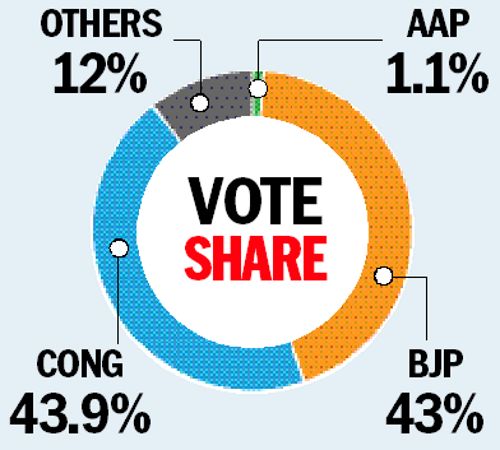 Despite odds like the absence of a tall leader like Virbhadra Singh, after almost four decades, and scant resources, the Congress banked heavily on anti-incumbency, inflation, unemployment and resentment among government employees and fruit growers to romp home with a comfortable majority. AICC general secretary Priyanka Gandhi, who spearheaded the party’s campaign, drew impressive crowds at the five rallies she addressed in the run-up to the polls.

Eight of the 11 ministers in the BJP regime lost with only CM Jai Ram Thakur, Industries Minister Bikram Singh and Power Minister Sukh Ram winning. On the other hand 18 of the 21 sitting Congress MLAs won, with two major upsets as Asha Kumari and Ram Lal Thakur lost.

The BJP suffered a setback due to the presence of almost 21 rebels, about a dozen formidable, to pave way for the formation of the Congress regime. Barring Mandi, where the BJP won nine out of the 10 seats, and Chamba, where it won four of the five seats, elsewhere the saffron party’s performance was poor. Even in Sirmour, where the BJP was hoping to make a clean sweep in the five segments on the issue of grant of ST status to the Hattee community, it had to contend with two as the Congress won three seats, improving its 2017 tally.

Living up to its reputation of deciding who forms the government, Kangra backed the Congress, which won 10 out of the 15 seats. The BJP won four and one Independent won from Dehra. The massive support that the Congress received in the apple heartland of Shimla district, winning seven out of the eight seats, also contributed to a comfortable win for the Congress.