Water ATMs to operate free-of-cost in Shimla : The Tribune India 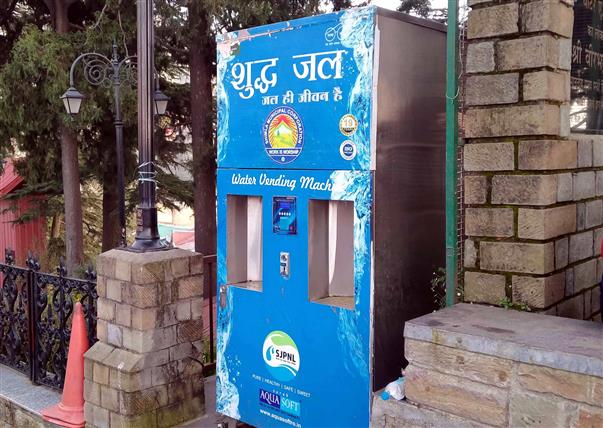 The water ATMs installed at various points in the city will now operate free-of-cost. Earlier, people could get water by inserting a coin of Re 1 to Rs 5 denomination in these machines.

An official of Shimla Jal Prabandhan Nigam Limited said, “As many as 14 ATMs have started dispensing water without the need of inserting a coin. Free water will be available in the remaining 22 machines soon.”

The decision to do away with coin insertion was taken as it was generating miniscule revenue. Moreover, the ATMs were not being used by the elderly and children, an official press release read.

“If the service is free-of-cost and the water is dispensed only on the press of a button, its usage will increase manifold,” the press release mentioned.

It also said that the SJPNL had finished the renovation of a public washroom on The Mall and handed it over to the Shimla Municipal Corporation. The washroom is equipped with amenities like sensor based taps and urinals, sanitary pad vending machines, etc.