HP pollution control board to act against erring pharma unit 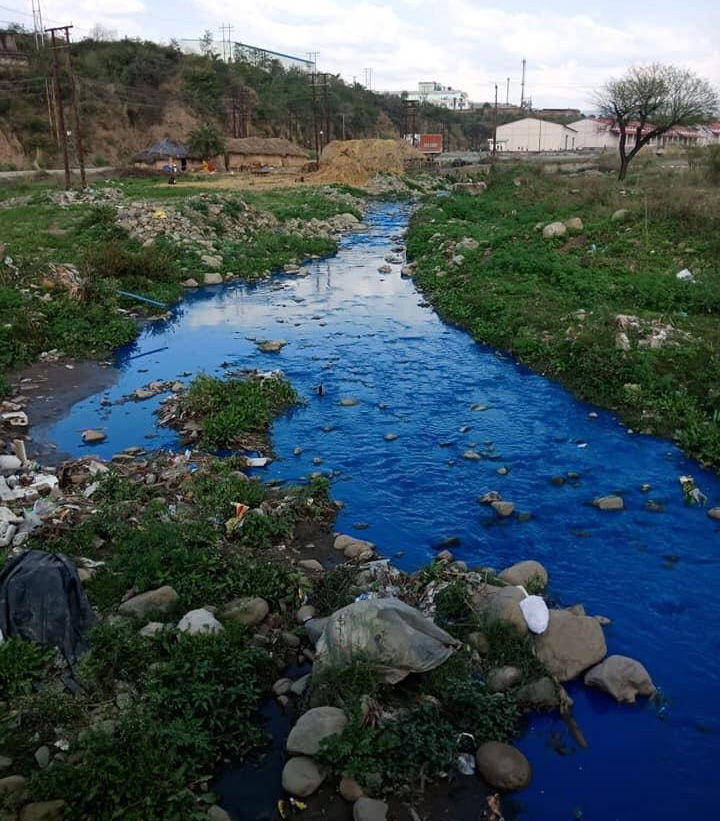 Water in Malpur khud in the Baddi industrial area turned blue after a tanker dumped untreated toxic industrial effluents from a pharmaceutical unit into it on Sunday afternoon.

The khud or rivulet meets Sarsa river, whose water quality is already under the lens of the National Green Tribunal (NGT) for failing to adhere to the laid down norms.

Caring two hoots for the damage that the toxic effluents would cause to the aquatic flora and fauna, the unit management had engaged the tanker (PB-12-AF-1465) to dump the effluents into this water body.

The entire khud turned dark blue in no time as the toxic industrial waste mixed with the water.

The officials of the State Pollution Control Board (SPCB) swung into action after being tipped by the locals. They caught the tanker driver on the spot and also sought help from the police to book him for polluting the khud.

Member Secretary, SPCB, Aditya Negi said as per their preliminary investigation, the tanker fitted to a tractor had lifted effluents from a nearby pharmaceutical unit, Helios Pharma. He said a team of officials caught the driver dumping the industrial effluents into the khud but since the police did not arrive in time he fled the spot.

Negi said the officials of the pharma company would be taken to task for polluting water. He said it would be investigated how many times the tractor-trailer had indulged in this mischief.

The officials had drawn samples of the polluted water which would be sent for lab analysis.

Negi said polluting water bodies by dumping such untreated industrial effluents has become new headache for them and such instances were repeatedly coming to fore in the Baddi industrial area.

An environment compensation of Rs 36 lakh has also been recovered from several units for various environmental violations in this area recently.

Notably, water quality of Sarsa river in Baddi was placed under ‘Priority III’ by the Central Pollution Control Board (CPCB) during an assessment based on the biological oxygen demand (BOD) — which is dissolved oxygen needed by organisms to break down organic material and content-released — in September 2018.

BOD wasfound to be between 8 and 16 mg per litre as against the safe limit of 3 mg per litre, clearly pointing towards the deteriorating quality of water. The quality of water has failed to improve as industrial units continued to dump toxic effluents into various khuds that meet Sarsa river.