Dharamkot, McLeodganj among affected areas I Less snowfall to blame 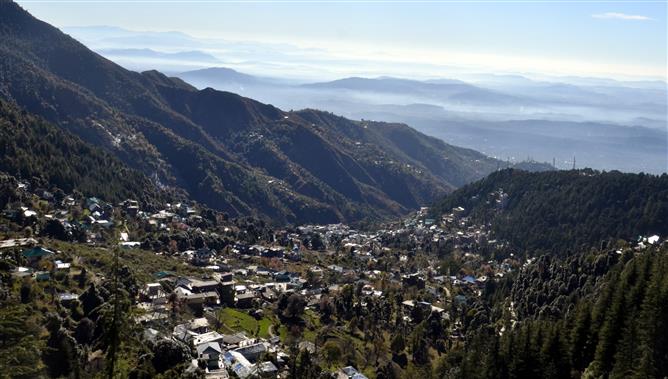 Many areas of upper Dharamsala, including Dharamkot, McLeodganj and Bhagsunag, have been facing an acute shortage of water these days.

Talking to The Tribune, Rashpal Pathania, owner of the famous Trek and Dine restaurant in Dharamkot, said the entire area was facing an acute shortage of water for the past few days.

We had to shut the washrooms for tourists as we had very little water in the area. Tourism had just picked up in our area in December after two years of Covid and now, we are facing the acute water shortage issue. Rashpal Pathania, restaurant owner, Dharamkot

Suresh, who runs a small guest house here, said the area gets water from the stream fed by the Laka glacier in Dhauladhar hills. “We have been told by the Irrigation and Public Health Department (IPH) that the discharge in the river supplying water to our area has reduced considerably due to which there is a shortage. The department should make alternative water arrangement for our area as unpredictable rains were already causing permanent problems,” he added.

Meanwhile, sources in the IPH said most of the upper Dharamsala areas were dependant on the water supply from the streams fed by glaciers in the Dhauladhar ranges. Over the past few years, the glaciers in the region are receding because of lesser snowfall and so the discharge in the rivulets flowing from them has been reduced considerably. Due to this, most of the areas of upper Dharamsala are facing water problems in summer and winter.

The sources further said in view of the receding glaciers, environment experts had suggested the government to look for alternative arrangements for water supply to the upper Dharamsala region rather than harnessing it directly from the streams. These measures could include the creation of check dams in the higher reaches of mountains that could hold some quantity for potable water supply schemes.