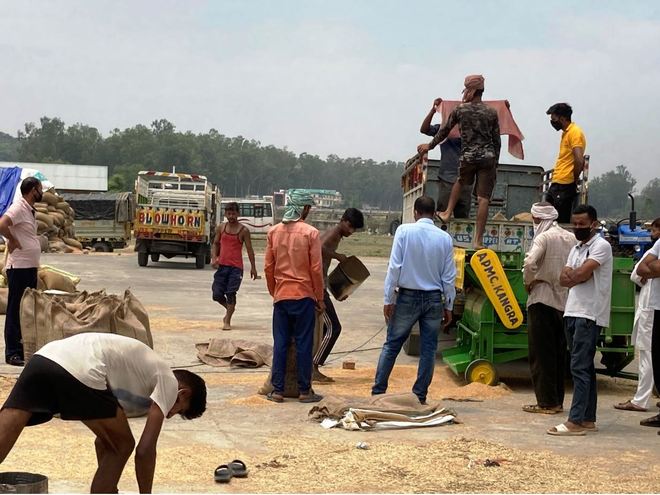 The government has procured a record 10,065.70 MT wheat during the ongoing rabi marketing season (RMS), which is 221 per cent (6,936.2 MT) more as compared to the corresponding period last year.

The procurement through the Food Corporation India (FCI) started on April 15. The highest-ever purchase of 10,065.70 MT wheat was achieved till May 31 against 3,129.50 MT last year. The procurement is still continuing, said state Agriculture Minister Virender Kanwar.

“The government had set a procurement target of 12,500 MT through the FCI and we are hopeful of achieving the target,” he added.

The season continued till June-end and 2,447 farmers had benefited from government procurement and the basic facilities were provided by the HP Food and Civil Supplies Corporation, said the minister.

Himachal is not a wheat-producing state and farmers grow wheat and maize to meet their requirement and the surplus wheat is sent to the procurement centres and markets.