Whistleblower hurt in attack by mining mafia at Himachal's Rakkar : The Tribune India

Whistleblower hurt in attack by mining mafia at Himachal's Rakkar 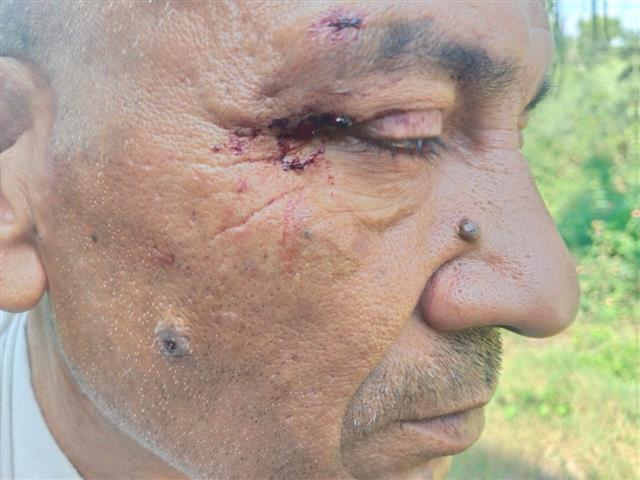 Suryabanshi Thakur, a whistleblower from Rakkar near Dehra Gopipur, who has been fighting mining mafia for the past 14 years, received injuries when goons tried to run over him by a car in the Rakkar market this morning.

When Suryabanshi tried to save his life and took shelter in a shop, goons followed and attacked him with lathis and rods.

Residents immediately shifted him to Civil Hospital, Rakkar, where he was given medical aid. He has received injuries on his face, eye and head. A doctor attending him told The Tribune that he was out of danger.

Meanwhile, Rakkar police have registered an FIR against the culprits. The SHO said the accused had been identified as Virender Thakur, who is also up-pradhan of Chamukha panchayat.

He was involved in illegal mining and is also facing a case pertaining to an attack on a police party when it had gone to check illegal mining in the Beas. However, later he was granted bail by the High Court. Suryabanshi of Choli village of Rakkar tehsil of Dehra Gopipur has been fighting a battle against the mining mafia.

Suryabanshi, along with local residents, has written 10,000 letters to the Prime Minister and Chief Minister Jai Ram Thakur highlighting unscientific mining in the Beas, resulting in a loss of crores of rupees to the state exchequer. He had also approached the High Court. However, no action was taken against the mining mafia. Even illegal roads constructed by the mafia were not dismantled.

Suryabanshi, a bachelor, has devoted his life to the protection of the environment in Rakkar. He lives in a temple on the bed of Beas. He said most of the mining is going on in the wildlife sanctuary and forest land.

“Mining starts barely 500 metres down and upstream of the Beas on the Jalandhar-Hamirpur national highway. It witnessed an exponential rise with a boom in the real estate in Punjab. Despite various complaints by villagers pertaining to damage to their crops because of illegal mining, the mafia having strong links with politicians has each time overcome hurdles,” said Suryabanshi.

SP, Kangra Khushal Sharma, said action would be taken against the guilty. He said he had directed the SHO, Rakkar, to look into the matter and arrest the accused at the earliest.