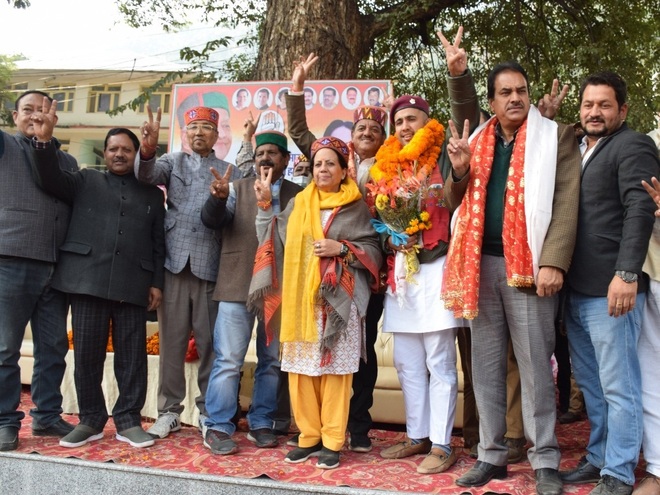 Winner of Mandi Parliamentary Constituency bypoll Pratibha Singh today said she would take up demands of the people of Mandi with the Centre.

Addressing mediapersons at Manali, she said Kullu-Manali was the hub of tourism so she would raise the issue of expansion of the runway of Bhuntar airport and increasing flights to lower the airfares.

She would also take up the matter of providing four-times compensation to the persons affected by four-laning of the highways.

Before reaching here, she took the Almighty’s blessings by visiting the Hadimba temple. While addressing a gathering, she thanked the voters for voting against the price rise by the Centre and the state government. Masses had given a jolt to the BJP government and now she would work day and night to serve the people and solve their problems, the bypoll winner said.

Earlier, Pratibha addressed a public meeting in Kullu and thanked people for voting in her favour. She also thanked the employees for their support. She asked the members of the Congress to gear up for the Assembly elections scheduled next year with the same fervour.