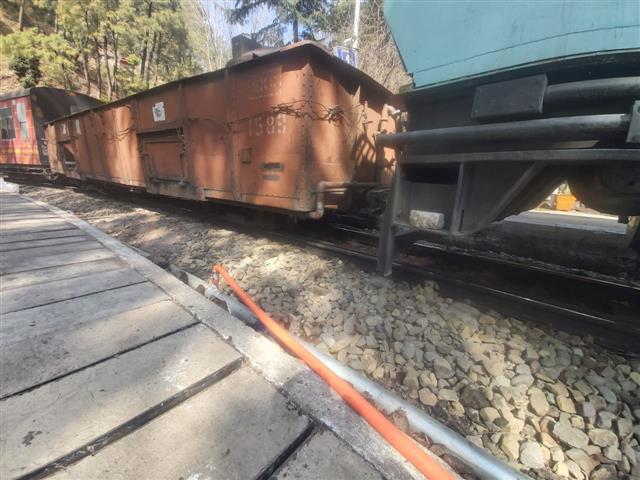 Coach of a workman special train, deputed to transport water, derailed at Barog railway station at 11.05 am on Tuesday morning halting rail traffic on the Kalka-Shimla World heritage rail track.

Railway officials said no one was injured as it doesnt carry any passenger and has a driver and a guard. Crane was rushed in from Kalka to remove the coach and work was underway to clear the track.

Two trains, including one going uphills from Kalka and another coming down hills from Shimla, have been halted. The 04516 down train, which took off from Shimla at 10:30 am was halted at Kandaghat at 12:45 pm for half-and-hour and further at Solan. The Up 04515 train enroute Kalka-Shimla was detained at Dharampur. It had taken off from Kalka at 12:10 pm.