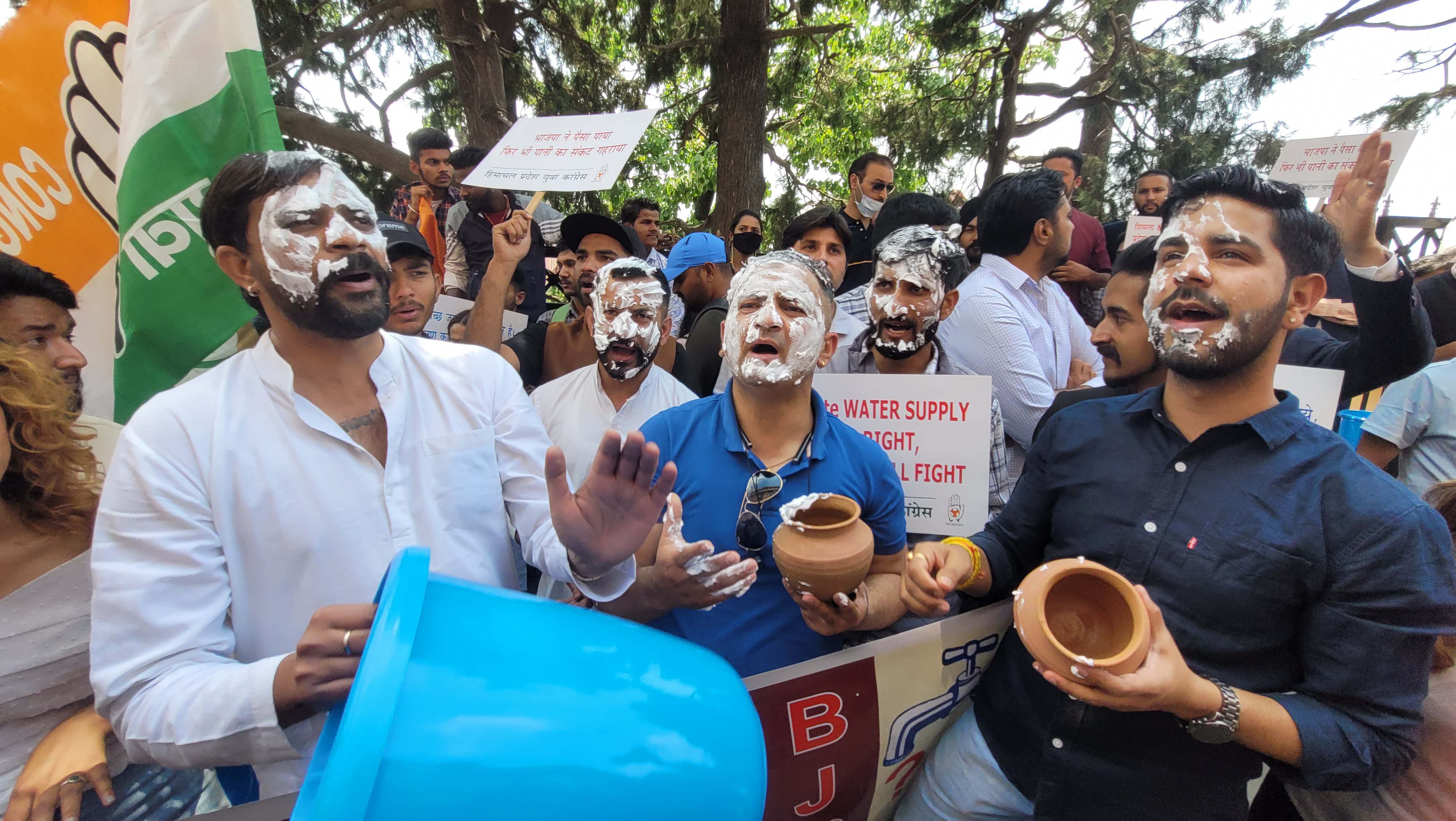 Youth Congress activists today staged a protest against an acute water scarcity in the capital city. Led by National Youth Congress general secretary and in-charge of Himachal Amarpreet Lali, state Youth Congress president Nigam Bhandari, Harish Janartha and working YC president Yadoptai Thakur, the workers staged a protest rally through Lower Bazaar and the Mall Road to express their resentment against the water shortage being faced by the residents. Carrying pitchers and buckets, they also demonstrated outside the DC’s office.

“Against a daily requirement of 45 MLD, the city is getting 36.67 MLD, which is short of the demand,” said Bhandari. He added that several localities were getting supply on the fourth or fifth day, causing inconvenience to the residents.

He said Shimla Jal Prabandhan Nigam Limited had made tall claims of providing 24X7 water to the residents, who are hard pressed to even get sufficient water. He added that Shimla is a tourist town and with a huge floating population of tourists, the water shortage was a matter of grave concern.

He warned that if water supply did not improve, the Youth Congress would intensify its agitation. “Never before has the water scarcity been so acute in April when the peak summer is yet to come,” he said.