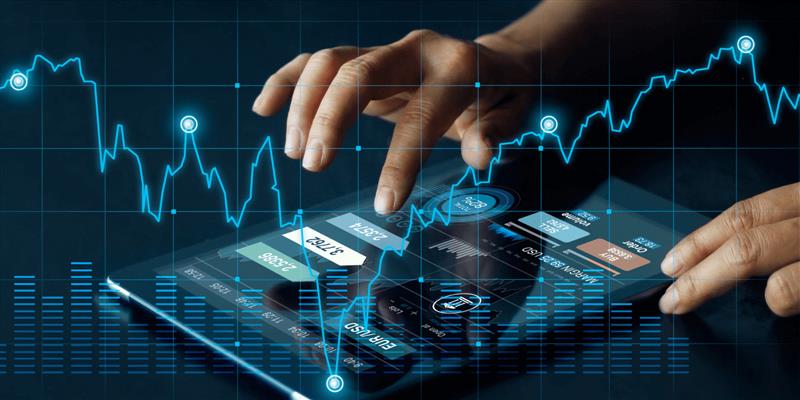 Crypto investors are swimming in high-potential investment opportunities at the current price levels across the crypto industry. Many of the best cryptos to buy now are at the forefront of technical progress that could disrupt several key global industries, which gives them huge promise for future returns.

To find out which are the best cryptos to buy now, here is the definitive list of six tokens that are expected to produce insane returns over the coming years:

Metacade is building the biggest on-chain arcade, which makes it the best coin in the crypto space to buy now. The Metacade platform will offer a vast selection of different play-to-earn (P2E) arcade games in a single location, with each title offering financial rewards to players. Metacade will also become a social hub and offer a range of exciting features to the community.

Firstly, content creators will be rewarded with MCADE tokens for sharing information and interacting with other community members. This can involve posting game reviews, sharing the latest insights about blockchain gaming, or the best tips and tricks for how to make the most out of the GameFi experience.

Secondly, Metacade will advertise new jobs for Web3 users through its Work2Earn feature. This will involve paid opportunities at Metacade’s partner projects, allowing GameFi users and crypto enthusiasts to kickstart their careers in blockchain and Web3. As well as this, Metacade will offer MCADE token rewards to gamers who test out new arcade games before they are launched on the platform.

Thirdly, the Metagrants program will directly fund the next wave of blockchain innovation. The community will vote to provide early-stage funding to game developers who are building the hottest new P2E titles. These games will be launched on Metacade to be played by its community of gamers.

The MCADE token presale recently just started and has already attracted over $3.2 million worth of funding. The project looks ready to take over the GameFi industry, as it offers a more comprehensive experience when compared with other platforms in the space.

Experts are suggesting that MCADE could rise by over 200x in value from the current price level, as it is a brand-new token that will prove popular among the Web3 community. For this reason, the MCADE presale is the best crypto to invest in now to make major gains in 2023 and beyond.

You can participate in the Metacade presale here.

ApeCoin is the second-best crypto to buy now. It is a decentralized, open-access ecosystem that supports the expansion of the metaverse and online communities. The ApeCoin DAO is a democratic organization that seeks to fund the next wave of metaverse-based innovation. It has a core team of trusted individuals who control the treasury and carry out the DAO’s plans.

After launching in early 2022, the APE token rose significantly in value and quickly became one of the top 100 cryptocurrencies by market capitalization. APE tokens are used to process transactions within the ApeCoin ecosystem and can also be used to vote on governance proposals in the ApeCoin DAO.

The APE Foundation is an experienced team of Web3 professionals who have a well-defined aim for the crypto project. They want to push progress in decentralized technologies while encouraging the growth of blockchain technology and virtual reality metaverses.

In the process, ApeCoin hopes to expand blockchain culture throughout the rest of the internet and encourage a fairer, open-access ecosystem of decentralized digital communities. The APE token is currently worth just $4.76, which makes it one of the best cryptos to buy now.

LooksRare is the third-best crypto to buy now. It is an NFT marketplace that has a unique offering to NFT traders. The platform takes a community-driven approach and incentivizes on-platform trading by providing generous rewards to users. Whether buying or selling NFTs on the LOOKS platform, users can earn cryptocurrency rewards back as a percentage of the total sale.

As well as this, 100% of fees generated by the platform go to stakers on the LooksRare network, and NFT artists receive royalties instantly when one of their NFTs is sold – even if it is sold by a different owner later on.

The platform is described as being built “by NFT people, for NFT people,” and it shows major promise for the future. It was launched at the beginning of 2022 and could grow to rival the biggest NFT marketplaces in the space, such as OpenSea. The platform offers many of the most popular NFT collections in a single location, and its added user benefits look likely to attract a significant user base over time.

Since LOOKS is a relatively new token, it has major upside potential from its current price level. The NFT sector looks set to keep growing over the coming years, and a platform like LooksRare will benefit by proxy from this development.

For now, LOOKS is worth just $0.17 per token, down from its all-time high of $6. It could produce up to 50x gains in the coming years, making it one of the best cryptos to buy now at the current price level.

Polkadot is the fourth best crypto to buy now, and a well established one in the crypto industry. It is an ambitious technology project that seeks to decentralize the web by connecting different blockchains together. Polkadot's native token, DOT, provides its users with voting and governance rights over Polkadot's development as well as access to Polkadot’s reserves.

DOT also serves as a form of payment for services on the Polkadot network. Polkadot specifies different kinds of consensus mechanisms for different types of blockchains connected to it, allowing for a diversity of applications across its networks.

Polkadot combines several unique features in a single protocol to enable blockchain interoperability. It is a layer-0 solution that can connect isolated layer-1 blockchains together, which gives it major value for the future of Web3.

Polkadot’s parachains are tradeable networks that can be bought and used for development purposes. Any kind of blockchain application can be developed after purchasing a parachain. As well as this, Polkadot offers a unique bridging solution that helps to make cross-chain transactions more secure.

Polkadot is an innovative method for creating a true Web3, which has historically been held back by interoperability problems. Blockchains are not usually designed to interact with each other, which causes inefficiencies in the way they can be used.

The value in the DOT ecosystem is not currently reflected by its price, which is less than $5. This makes DOT a great investment for the future and one of the best cryptocurrencies to invest in now for long-term returns.

Axie Infinity (with its native cryptocurrency token AXS) is a digital pet-battling game set in the Axie universe. The Axie universe – filled with fantasy creatures known as Axies – enables users to build, battle, collect, and raise their creatures, as well as explore the open world to find new loot. Axies and customizable items are all minted as NFTs in Axie Infinity, and the platform also provides players with the ability to earn crypto rewards.

Players can trade Axies and other NFTs in the platform’s marketplace. This allows players to constantly expand their Axie collection, as well as monetize items that have been collected or monetize Axies that have been raised in the game. By providing users with self-custody over their in-game items, users are provided with extra benefits that can’t be found in legacy gaming titles.

Axie Infinity has staked its claim as an innovative gaming and entertainment platform within the blockchain world due to its unique combination of various mechanics. It combines features from different genres like collectible games, RPGs, strategy games & open worlds all rolled into one entertaining package.

After an explosive bull run that saw AXS grow to a $160 valuation, the crypto token is now worth just $7.30. It remains one of the most widely-used blockchain games and looks likely to grow significantly from the current price level.

To display just how popular Axie Infinity has been, it attracted over 2 million users per day towards the end of 2021. Its unique features have led to it becoming a figurehead of the GameFi movement, which makes it one of the best cryptos to buy now.

Avalanche (AVAX) is the sixth-best crypto to add to your crypto portfolio. It is an open-source, decentralized blockchain platform focused on providing reliable consensus in a distributed computer network. Avalanche can support a high number of transactions per second, making it one of the most advanced blockchain solutions when compared to other layer-1 chains.

The AVAX crypto token is the native utility token inside the Avalanche ecosystem and the primary means of payments and rewards issued from the network. AVAX enables Avalanche users to build decentralized applications, pay transaction fees, and access dApps and DeFi (Decentralized Finance) services.

The Avalanche network supports Ethereum Virtual Machine (EVM), which means that it is compatible with other major chains such as Ethereum blockchain as well as, Polkadot, Polygon, and even the Binance Smart Chain. As blockchains become fully interoperable, the number of users and dApps that can be found within the AVAX ecosystem is expected to skyrocket.

According to experts, the AVAX token is currently underpriced compared with the total value of the ecosystem. It’s currently valued at under $13, which is over 80% down from its all-time high. While the dip is primarily due to the ongoing bear crypto market, AVAX is expected to reverse this downtrend in the near future.

Over time, AVAX is likely to form new all-time highs and could rise by 20x from the current price level. For this reason, AVAX is one of the best crypto to buy now to make a long-term return in 2023 and beyond.

The best crypto to buy now is Metacade

Of all the cryptocurrency projects, the MCADE presale looks to be one of the best investment opportunities of the year. Not only does Metacade offer a broad selection of different P2E games, but it will also drive progress for the entire GameFi sector within the larger cryptocurrency markets. Without a doubt, MCADE is the best crypto asset to buy now. You can purchase MCADE through their presale directly on their website, at the moment you won't find it on any centralized exchanges or even a decentralized cryptocurrency exchange.

Launched at just $0.008 per token, investors need to be quick before MCADE starts to skyrocket. The Metacade crypto presales will gradually raise the value of MCADE to $0.02 before the token is launched in its IDO, so make sure to get the best crypto to buy now before it really takes off.

You can participate in the Metacade presale here.