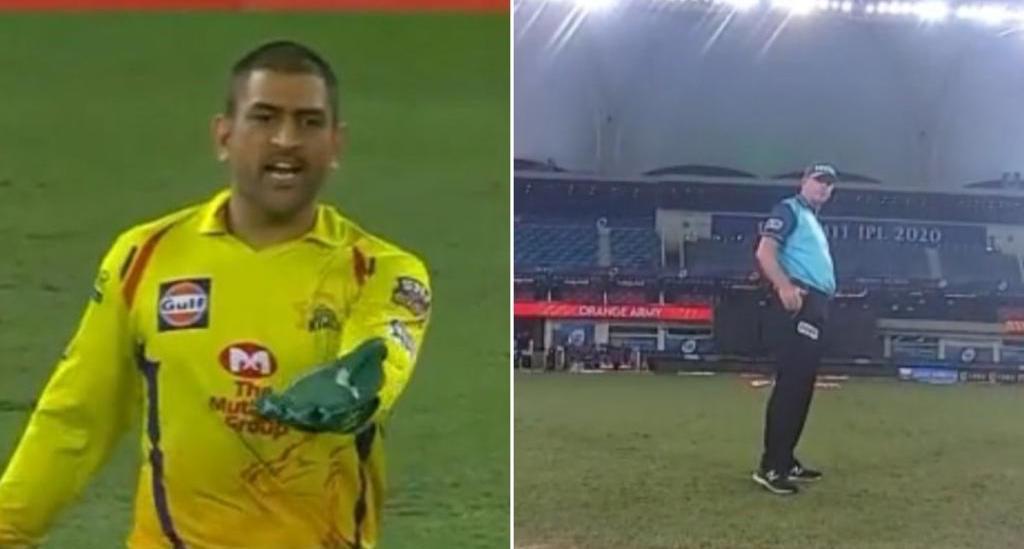 During the 19th over of SRH's chase of 168 on Tuesday evening, both Dhoni and Shardul Thakur expressed their disappointment after umpire Paul Reiffel stretched his arms to signal a wide being faced by Rashid Khan.

Following Dhoni's miffed gesture, the umpire then seemed to change his mind and decided not to call the wide.

Funny to see these twitter takes. Dhoni just expressed his disappointment, is it Dhoni's fault that the umpire backed out at the last moment? Unreal hatred against Dhoni.

Reiffel put his arms down looking at CSK captain's reaction, and declared it as a fair delivery.

However, following Reiffel's change of mind, SRH captain David Warner was seen gesturing angrily from the dugout. Shahbaz Nadeem, who was standing at the non-striker's end, was also seen having a word with the Australian about the wide call that was not.

In the end, SRH fell short of the target by 20 runs and registered their fifth defeat in the ongoing tournament.

How can you bully an Umpire MS Dhoni ?

Shut up haters, MSD himself called it a wide. 10 points on FairPlay table🙌🏻#CSK pic.twitter.com/ShMzDuqy28

In #IPL2020 He showed his action ND umpire had to change his decision
Is this umpiring error or just#Dhoni masterclass ???
Have to call it indeed DRS as#dhonireviewsystem#CSKvSRH #SRHvCSK#CSKvsSRH #SRHvsCSK#Dream11IPL

Funny to see these twitter takes. Dhoni just expressed his disappointment, is it Dhoni's fault that the umpire backed out at the last moment? Unreal hatred against Dhoni.

Who is Umpire Dhoni or the guy who has been paid to do the job???

The incident was not the first time that Dhoni showed displeasure at an umpire's call in the IPL.

During last year's IPL clash against Rajasthan Royals, the CSK captain, standing in the dugout, lost his cool at an umpire and stormed on to the pitch launching a heated argument with the on-field umpires. — With IANS