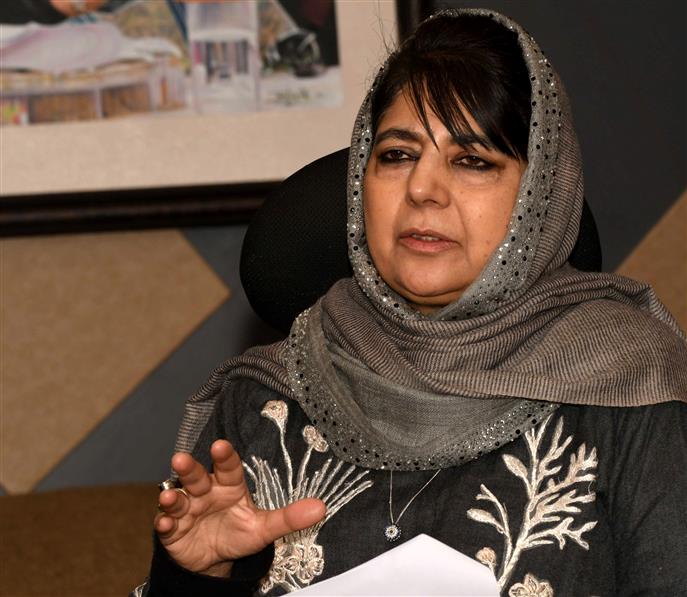 Mehbooba Mufti’s mother Gulshan Nazir had applied for passport as she wanted to perform “Umrah” pilgrimage in Mecca.

Her daughter Mehbooba Mufti’s application for a passport was also rejected and the PDP president had approached the Jammu and Kashmir High Court for the document, but her petition was dismissed on Monday. The mother and daughter, who had applied for fresh passports in December last year, wanted to perform “Umrah”, a pilgrimage to Mecca that can be undertaken at any time of the year, according to some PDP leaders.

According to a letter sent to Nazir, the Regional Passport Office informed her that the Jammu and Kashmir Police’s CID department has not cleared her passport application under Section 6 (2)(c) of the Passports Act. Under this section, a passport is rejected by the authorities if they feel the applicant may engage outside India in activities prejudicial to the sovereignty and integrity of India or the departure of the applicant from India may, or is likely to, be detrimental to the security of the country.

A passport can also be rejected, under the section, if the presence of the applicant outside India may, or is likely to, prejudice the friendly relations of India with any foreign country.

Mehbooba tweeted: “CID claims that my mother who is in her seventies is a ‘threat to national security’ and, therefore, doesn’t deserve a passport.” Mehbooba’s passport was also rejected under the same section. — PTI