11 killed, 22 injured as minibus falls into gorge in J-K's Poonch : The Tribune India

11 killed, 22 injured as minibus falls into gorge in J-K's Poonch 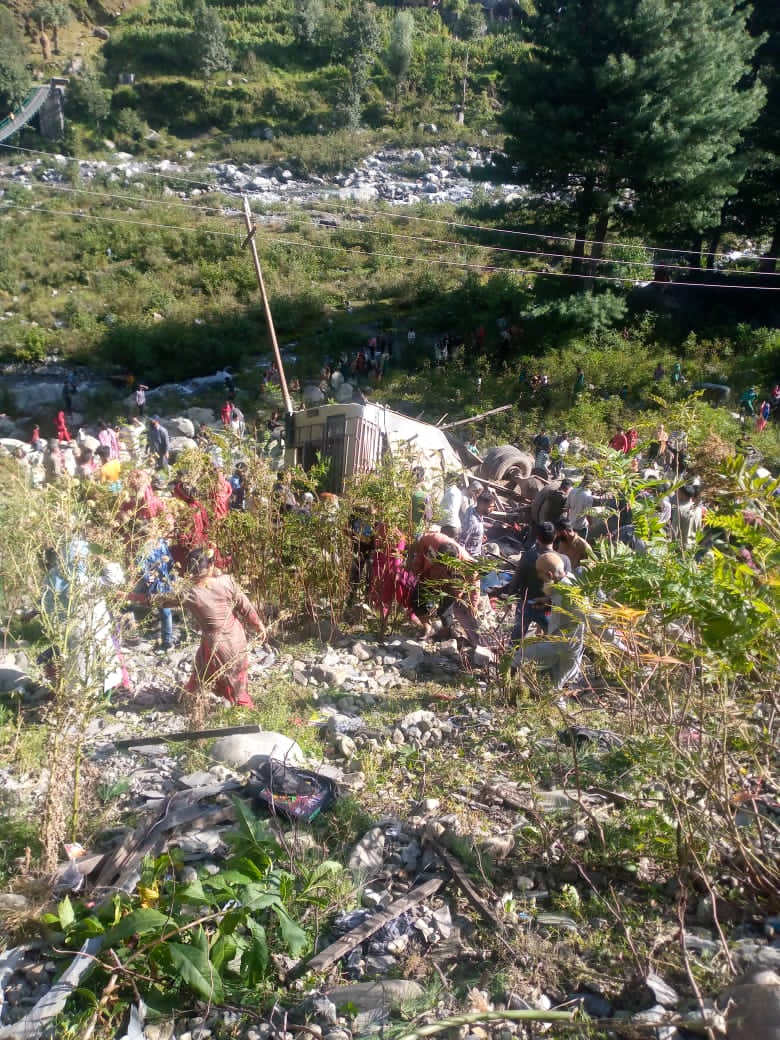 A video grab from the mishap site. Credit: Twitter

A day after Lieutenant Governor Manoj Sinha announced 14 major road projects in Poonch, 11 people were killed and nearly 22 injured in a major accident of a minibus in the district on Wednesday.

The incident occurred when a passenger minibus was travelling from Mandi to Saujiyan area. According to sources, the bus driver was not able to negotiate a sharp turn and the vehicle went into Bareri Nullah, a deep gorge.

The minibus was carrying over 30 passengers. Soon after the accident, locals informed the police and a rescue operation was launched in the border district. Soldiers from the local unit of the Army also joined the operation along with police.

Police sources said 11 bodies were recovered from the spot and the injured were sent to the district hospital. Many passengers faced serious injuries and were referred to different hospitals in the region.

Six of the seriously injured victims were airlifted to Jammu for treatment.

LG Manoj Sinha also visited the district hospital to enquire about the health of the injured people.