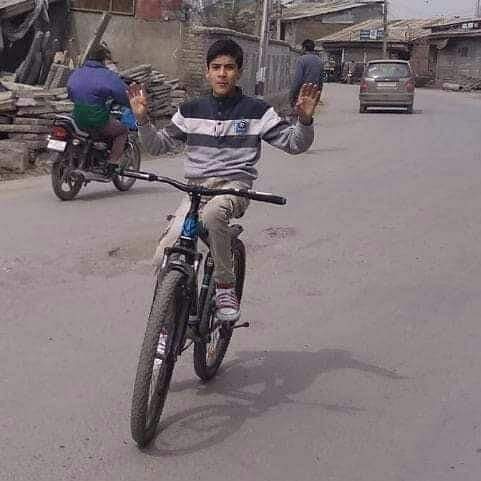 12-year-old Basim was critically injured, along with four others, after “a wall collapsed” at the Nawa Kadal encounter site on last Tuesday in which Hizbul Mujahideen militants, including top commander Junaid Sehari, were killed. The boy and two others who were injured have succumbed to their injuries at a city hospital.

Basim’s father Aijaz Ahmad, a driver by profession, is in shock and inconsolable at his home in Chota Bazar locality of old Srinagar. He was the only child of his parents who studied in class VII.

“He was a very jolly boy. Everyone in the family and the neighbourhood loved him,” said his aunt Afroza.

On Tuesday evening as a large number of people thronged to the Nawa Kadal gunfight site, where two militants were killed and several houses were damaged, Basim too went with his friends. At the site, the family said a shell went off in which five people, including their son, recieved burn injuries.

“When we went to the hospital the doctors told us he will not survive as his whole body had burn injuries,” said his aunt.

A J&K police officer said the boy, along with four others, were injured when a wall collapsed hours after the encounter ended.

“If any shell would have exploded, we would have recovered splinters,” the officer said.

The officials at SMHS also said that he had suffered over 90 per cent burn injuries.

“Only forensic test can confirm if the boy got burn injuries due to fire or blast,” Medical Superintendent, SMHS, Nazir Choudhary said.

A TikTok video of Basim has gone viral after his death.