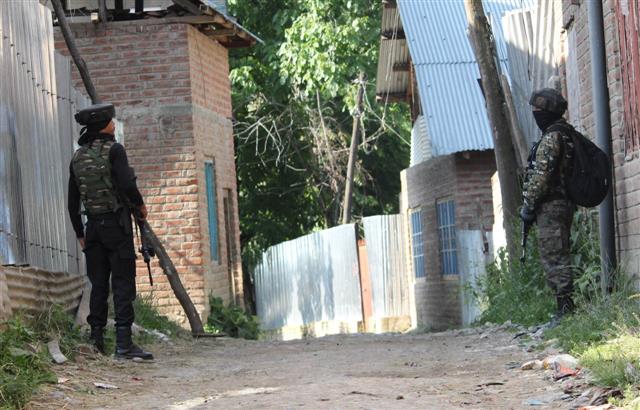 Two militants were killed in an encounter with security forces in Anantnag district on Monday, police said.

A woman has been injured in the incident.

The encounter started after security forces got a specific input about the presence of militants in Srigufwara area of Anantnag.

As the security forces zeroed in on the spot where the militants were hiding they came under a heavy fire triggering the encounter.

It was a joint operation by the police and the army. With IANS