Cinemas had shut in early ’90s after start of militancy 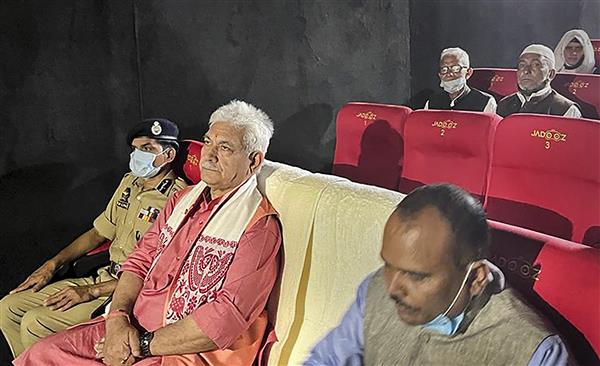 The two restive districts of south Kashmir — Shopian and Pulwama — got a multiplex each to promote avenues of entertainment in the conflict-torn region.

Lieutenant Governor Manoj Sinha termed the development as a historic day for the Union Territory of J&K where cinemas have been closed since the early 90s after the eruption of militancy.

“Today is a historic day for J&K. Multipurpose cinema halls at Pulwama and Shopian will offer facilities ranging from movie screening, infotainment and skilling of youth,” Sinha said.

Students, youth and people from all walks of life gathered at the new multipurpose cinema halls at Drussu Pulwama and Municipal Corporation Shopian to witness the event.

The last decade has seen an uptick in violence in south Kashmir as hundreds of youth took up arms to fight against New Delhi’s rule in J&K.

However now, the situation is relatively calm and people are returning to their businesses.

The establishment of multiplexes at the district headquarters has been undertaken by the government’s Mission Youth Department in collaboration with the district administration. Cinema halls in Anantnag, Srinagar, Bandipora, Ganderbal, Doda, Rajouri, Poonch, Kishtwar and Reasi would be inaugurated soon, officials said.

Sinha said he has dedicated these multipurpose cinema halls to the younger generation of Kashmir who have waited long for this moment.

Cinemas across Kashmir were shut after an armed insurgency erupted in Kashmir in 1989. As militancy was waning in 1999, the National Conference government opened movie theatres —Broadway, Neelam and Regal — in Srinagar.