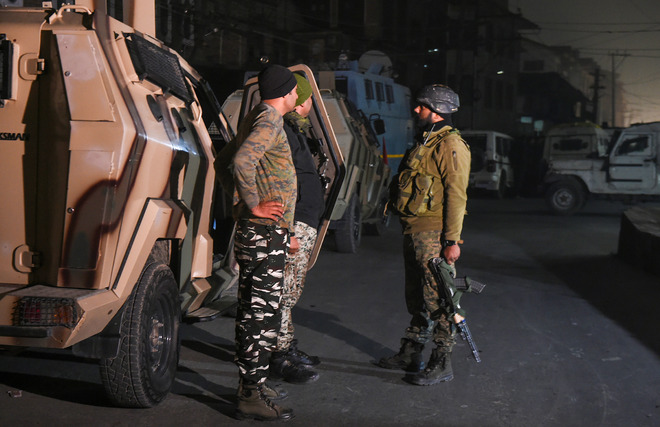 Two unidentified militants and a civilian were killed in an encounter between the ultras and security forces in Hyderpora area of the city on Monday, officials said.

The encounter broke out near a hospital here when security forces launched an anti-militancy operation, a police official said. He said two militants were killed in the gunbattle, while a civilian also lost his life.

The deceased civilian has been identified as a 44-year-old businessman, Mohammad Altaf Bhat, a resident of Old Barzulla locality. Bhat owned a hardware store and a cement dealership near the scene of the encounter, he said.

The identity and group affiliation of the slain militants are being ascertained.

The operation is still going on, the police said. The gunfight took place after a joint team of the police and the Army personnel cordoned off the area and launched a search operation following receiving information about the presence of anti-national elements. — PTI/IANS

‘I should not have been on the Bench’: Justice Gogoi on sexual harassment case