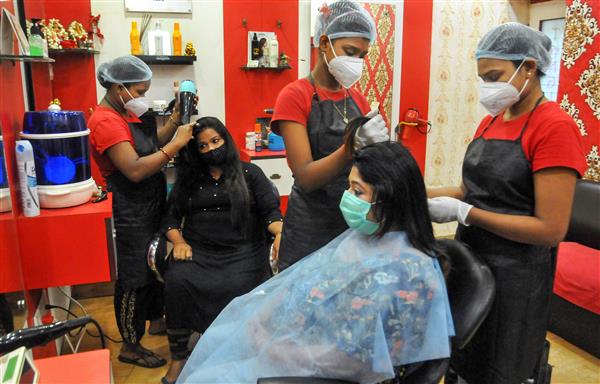 Surpassing all states and the union territories, 21,640 units have been established in J&K under the Prime Minister’s Employment Generation Programme (PMEGP), creating employment for 1.73 lakh people, a government spokesperson said.

Surpassing all states and the union territories, 21,640 units have been established in J&K under the Prime Minister’s Employment Generation Programme (PMEGP), creating employment for 1.73 lakh people, a government spokesperson said. These units have been established with a total capital of Rs 2,101 crore. A total margin money of Rs 467 crore has been disbursed which is the highest among all other states and UTs, he said.

A spokesperson said such large-scale self-employment in J&K is a contribution of the Khadi and Village Industries Commission (KVIC) towards making the state self-sustainable and bringing it at par with other states in terms of development.

Most of the PMEGP units in J&K have been set up in districts like Baramulla, Budgam, Pulwama, Anantnag, Ganderbal, Kupwara, Bandipora and Doda which are largely prone to militancy.

As many as 16,807 (78%) of the 21,640 PMEGP units in J&K belong to the service sector, i.e. units like beauty parlours, boutiques, embroidery, mobile/computer repair shops, food outlets, etc. This is followed by 1,933 units (9%) under rural engineering and biotechnology like steel fabrication and steel furniture, artificial jewellery making, vermicompost and bio-fertilizer units. Also, 1,770 units (8%) pertain to the agro and food processing industry.

A beneficiary, Nardeep Singh, said he approached the KVIC, Udhampur, where he was informed about the PMEGP following which he applied for Rs 24.96 lakh loan for manufacturing of hydraulic equipment. Nowadays, he has employed 25 youths in his locality.

The MSME ministry has been implementing PM’s Employment Generation Programme (PMEGP) since 2008-09 through Khadi and Village Industries Commission (KVIC) as the nodal agency at the national level for generating employment opportunities in the country by setting up micro-enterprises in the non-farm sector.

16,807 units are related to the service sector, such as beauty parlours, followed by 1,933 units under rural engineering and biotechnology.