2G may be back in Jammu, broadband in Kashmir from Wednesday 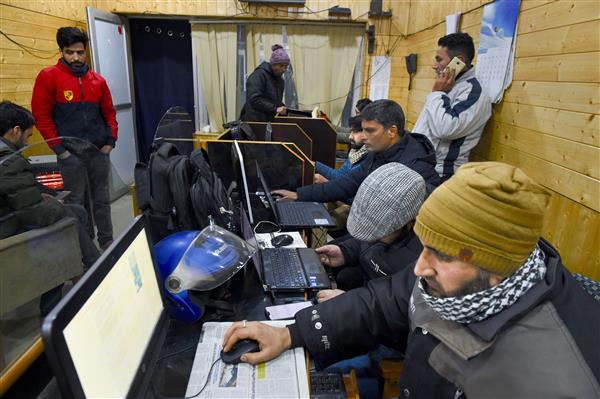 Staffers of various local newspapers work at the government media facilitation centre due to internet ban in Kashmir, in Srinagar. PTI file

In a significant development, authorities in Jammu and Kashmir Union Territory are mulling to restore internet services, though partially, from January 15 (Wednesday), sources in the J&K administration said.

The services would be restored partially. According to sources, the government is set to restore broadband internet in the Kashmir Valley and low speed internet in the Jammu region, the sources said, adding that the formal announcement in this regard is likely to be made by government spokesman Rohit Kansal.

“Things are being finalised and an announcement will be made soon.

“There is every likelihood that authorities may announce restoration of 2G internet services in Jammu region and partial restoration of broadband in Kashmir region,” a source said.

Internet services were suspended across J&K on August 5, when the Centre announced to scrapping of the Constitution’s Article 370 and bifurcation of the erstwhile state into two Union Territories - J&K and Ladakh.