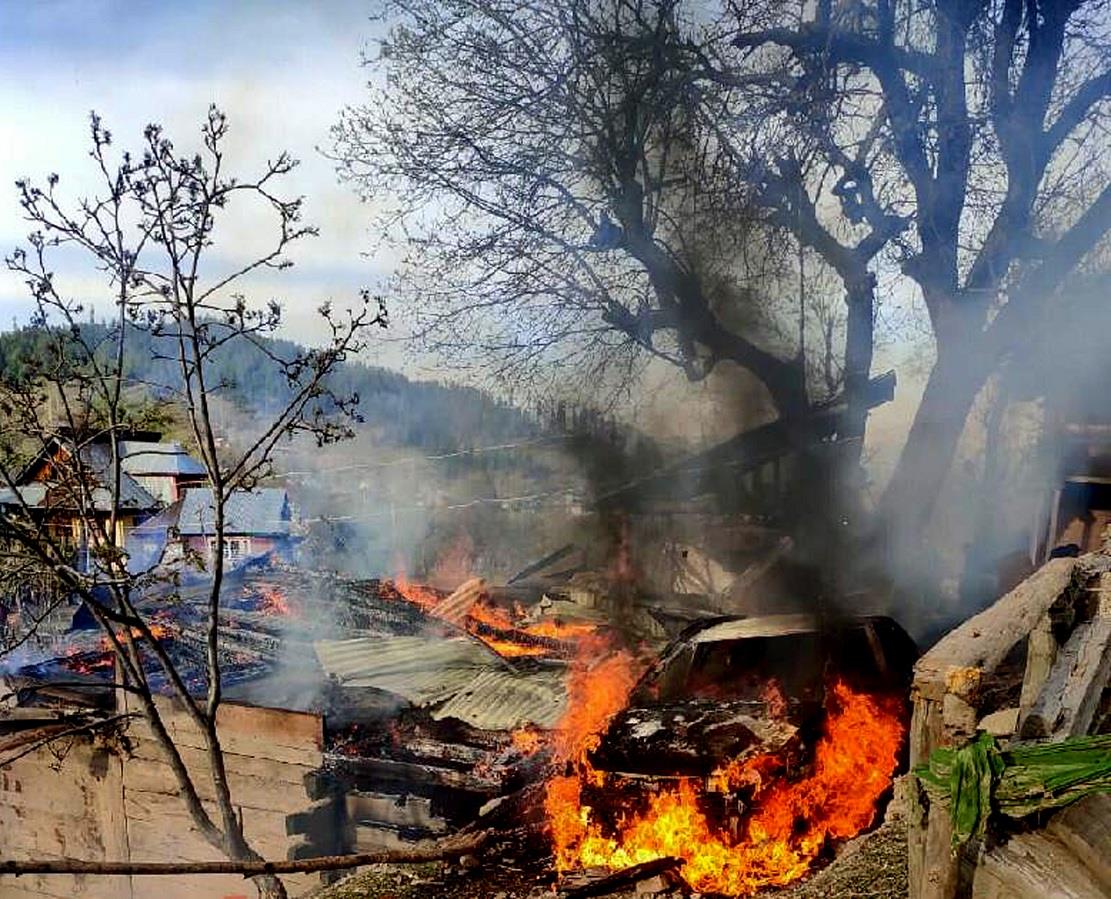 Houses up in flames after Pakistan's firing and shelling at Chowkibal in north Kashmir's Kupwara district, on Sunday, April 12, 2020. Tribune photo

Three civilians were killed in a ceasefire violation by Pakistan on Sunday in north Kashmir’s Kupwara district, police said.

The heavy shelling started on Sunday afternoon and the shells landed in different residential areas in the border district.

“Two civilians have died in Kupwara and one in Handwara,” said a senior police officer while claiming that Pakistan violated the ceasefire and fired at Indian posts and civilian areas that caused civilian casualties.

One of the slain is a woman from Tumina Chowkibal area. Many residential houses were also damaged in the shelling.

On Friday, Srinagar based defence spokesman Col Rajesh Kalia had said Pakistan violated ceasefire agreement and it was retaliated effectively and strongly.

“..Own troops retaliated effectively and strongly. Precision targeting of gun areas, terrorist launch pads and ammunition dump carried out. Reports of heavy damage on enemy side,” Col Kalia had said.