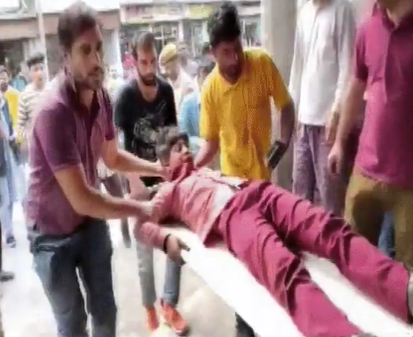 A screen grab of injured being shifted to a hospital. Credit: ANI

Eleven people were killed and about 25 others injured after a minibus they were travelling in slipped into a gorge at Sawjian Nallah in Jammu-Kashmir's Poonch district on Wednesday.

According to sources, many injured have been shifted to a hospital in Mandi.