Ajay Pandita was denied security due to his Congress affiliation: PCC

Seeks “independent inquiry” in the incident; Karan Singh terms the killing of sarpanch “a despicable act” 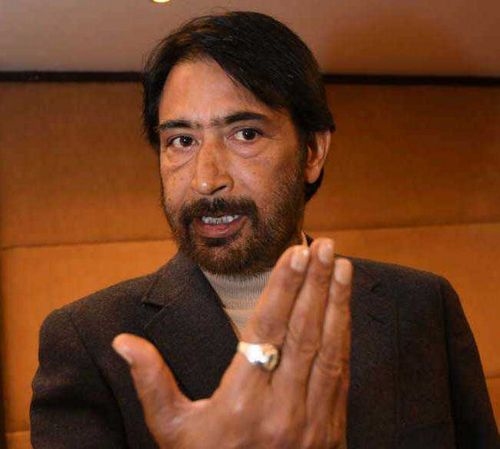 Condemning the killing of sarpanch Ajay Pandita, senior Congress leaders here on Tuesday questioned the failure of the government to ensure adequate security to an elected representative and leader of the minority community residing in one of the most vulnerable areas of Kashmir.

Attending a meeting of party workers, PCC chief GA Mir asked the government to identify and punish the culprits for the dastardly act.

“The government should fix responsibility for the failure to provide him security despite showing apprehension of threat to his life,” said Mir as he alleged that Pandita was denied protection for being a leader of the opposition Congress party. “Otherwise he would not have been killed,” said Mir, who also attended the cremation of the slain sarpanch.

“The gunning down of Ajay Pandita in his orchard was a despicable act. He was part of the grass roots political structure as a sarpanch, and his targeting was part of the continuing attempt to disrupt this. Regardless of party or religious factors, this act needs to be severely condemned,” Karan Singh said in a press release.

“That Pandita belonged to the minority community makes his killing even more painful. My deep condolences and sympathy to the bereaved family,” he added.

Meanwhile, former minister Raman Bhalla said it should have been otherwise known to the government and the security agencies that Pandita was more vulnerable to the designs of terrorists and anti-national elements for the reason that he not only participated in the political process but won it.

Secondly, he was from the minority Kashmiri Pandit community and also that he was associated with opposition Congress.

“Unfortunately he was not provided security despite requests which is very serious and an independent inquiry should be conducted to fix the responsibilities,” said Bhalla.