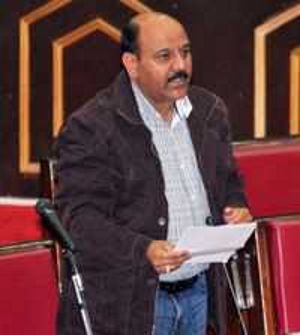 Expressing concern over the alleged “increasing sense of alienation” among all sections of society, Peoples Democratic Party (PDP) today said the atmosphere of “despair and distrust” prevailing in Jammu and Kashmir was worrisome.

“The democratic institutions in J&K stand demolished while the administration was not even remotely connected with the masses and their issues leaving behind an impression of chaos and panic,” the speakers said at a meeting held here today under the chairmanship of PDP general secretary and former legislator Surinder Choudhary.

The speakers highlighted the contribution of the party in restoring peace not only in Jammu and Kashmir, but also in the entire region after its formation in 1999.

They said even at this crucial juncture the PDP had stood tall despite conspiracies hatched and aimed towards it.

“J&K is being pushed into darkness and the administration is playing the key role in the demolition of all democratic institutions. The ruling BJP has played with the aspirations of every section of society and today the volcano of dissent and despair is ready to explode,” they said.

They said the PDP leadership had always stood against the nefarious designs of the Sangh Parivar and now the ruling party was finding it appropriate to “settle its political vengeance”. “It is now clear that the Union government is not willing for any kind of political outreach in Jammu and Kashmir as such it is continuing with the illegal and unjust detentions of mainstream leadership, especially those from the PDP, in the erstwhile state,” they alleged.

The party demanded the immediate release of all the political prisoners and youth who are either languishing in jails or detained in their houses post August 5 decision.