All set for trial in 31-yr-old Rubaiya kidnapping case

Framing of charges ordered against Yasin Malik, 9 others 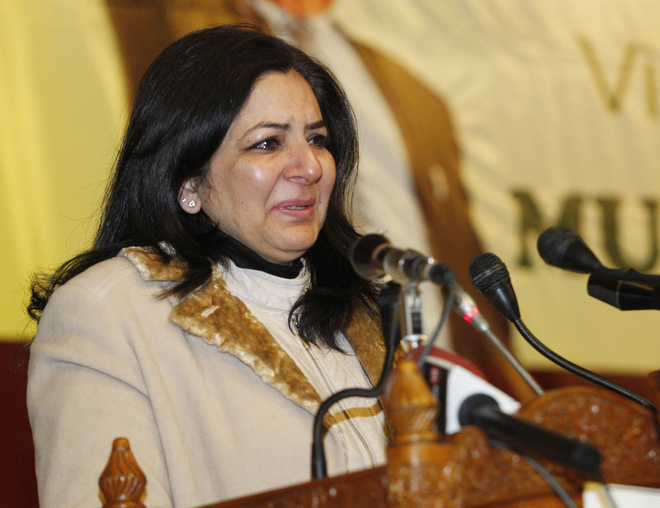 The stage is now set for trial to begin in a 31-year-old kidnapping case involving Rubaiya Sayeed — daughter of then Union Home Minister Mufti Mohammad Sayeed and sister of PDP chief Mehbooba Mufti — as a special TADA court in Jammu has ordered framing of charges against Jammu Kashmir Liberation Front (JKLF) chief Mohammd Yasin Malik and nine others on a chargesheet filed by the CBI.

Rubaiya Sayeed — a daughter of then Union Home Minister Mufti Mohammad Sayeed and sister of PDP chief Mehbooba Mufti — was kidnapped by Jammu Kashmir Liberation Front members on December 8, 1989, from Srinagar to ensure the release of their associates lodged in different jails.

Malik is presently lodged in Tihar Jail, Delhi, after he was arrested by the anti-terror probe agency National Investigation Agency (NIA) in April 2019 in connection with a terror-funding case.

The officials said the CBI in its chargesheet had name two dozen persons as accused in the case. Out of them, charges were being framed against 10 of them, as Mohammad Rafiq Dar and Mushtaq Ahmad Lone — both top commanders of the JKLF — were dead and 12 others absconding.

“…From the confessional statements of the accused persons recorded, either under Section 164 of the CrPC or under Section 15 of the TADA Act, supported with the statements of the abductee Rubaiya Sayeed and other prosecution witnesses, it has been prima facie proved that the accused persons have hatched a criminal conspiracy to kidnap the abductee with sole objective to get their persons released from the custody after having negotiation with the Government of J&K as well as Government of India and the accused persons had also succeeded in their nefarious designs and got their persons released from the custody,” the Special Judge is reported to have said.