Amarnath Yatra called off, will be symbolic

Cancelled for 2nd year in a row due to Covid 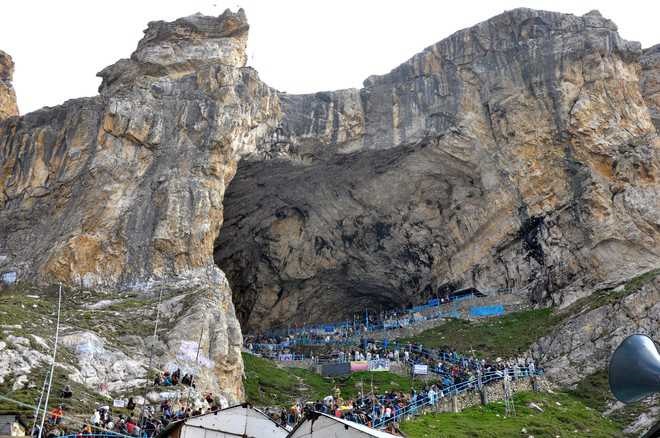 The J&K administration today decided to cancel the annual Amarnath Yatra this year due to Covid and keep the affairs symbolic. File photo

The J&K administration today decided to cancel the annual Amarnath Yatra this year due to Covid and keep the affairs symbolic. All the rituals will be performed at the holy cave.

Lieutenant Governor Manoj Sinha stated in a tweet, “Shri Amarnathji Yatra cancelled in the wake of Covid-19 pandemic. Decision after threadbare discussion with Shri Amarnathji Shrine Board members. Yatra to be symbolic only. However, all the traditional religious rituals shall be performed at the Holy Cave Shrine as per the past practice.”

He said he had directed officials to make arrangements so that devotees could virtually attend the aartis at the Himalayan cave shrine. This would allow them to pay obeisance while avoiding travel, he added.

The decision was taken after discussions with members of the Shri Amarnath Shrine Board, officials said.