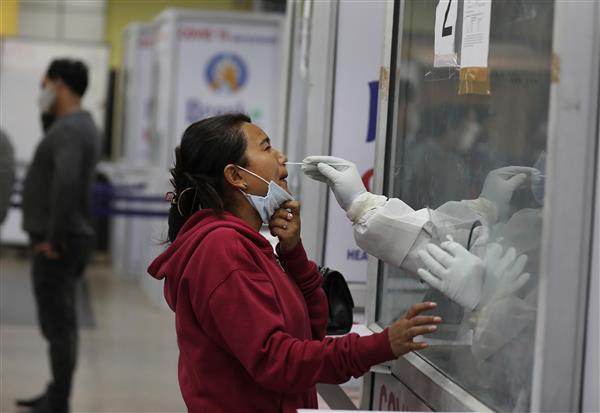 The Border Security Force’s (BSF) Beating Retreat ceremony, which is held every weekend at Suchetgarh Border Outpost on the International Border here, has been suspended till further orders owing to a surge in Covid cases, officials said on Sunday.

The ceremony, including a structured parade by BSF personnel, was launched in October last year as part of the border tourism promotion programme and had attracted visitors, including schoolchildren, in large numbers. “In view of the surge in Covid positive cases and latest virus-related SOPs/guidelines, the Beating Retreat ceremony shall not be held from today (Sunday) onwards, till further orders,” the Jammu divisional administration said.

It said the Covid situation would be again reviewed after two weeks by the administration and BSF authorities and a decision regarding the resumption of the ceremony would be taken accordingly. J&K has recorded a surge in Covid cases over the past week with 655 fresh cases reported on Saturday, taking the virus tally to 3,43,965, while three fatalities due to the disease pushed the death toll to 4,537.

In Ladakh, winter tourism activities, including the Chadar trek and the snow leopard sighting expedition, have been suspended in the wake of a surge in Covid cases. District Magistrate, Leh, Shrikant Balasaheb Suse has ordered the suspension of the Chadar trek 2022, snow leopard sighting expedition and other winter tourism activities in the district till further orders in view of the Covid surge, officials said.

Meanwhile, Covid cases continued to spiral as 687 new cases came to light on Sunday. An official bulletin said 437 of the new cases were from Jammu division and 250 from Kashmir. Three patients succumbed, taking the number of those killed by Covid in J&K to 4,541.

Ladakh’s caseload increased to 22,472 as 59 more people tested positive. No new death was reported in the Union Territory. According to officials, the death toll stands at 221 with 163 fatalities in Leh and 58 in Kargil. The active Covid cases in Ladakh have gone up to 281 – 244 in Leh and 37 in Kargil. Nineteen patients were discharged from hospitals in Leh. — PTI/IANS