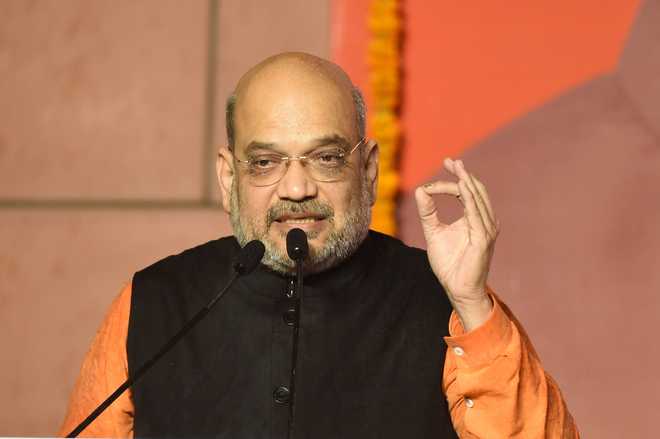 Union Home Minister Amit Shah on Thursday reviewed the security situation in Jammu and Kashmir and the potentialities of future threats after Taliban’s takeover of Kabul. Army Chief Gen MM Naravane, Lt-Governor Manoj Sinha, National Security Adviser Ajit Doval, RAW Director Samant Goel and chiefs of the BSF and CRPF attended the meeting at the North Block. “Restrictions imposed after the death of Syed Ali Shah Geelani have been lifted.The situation is being closely monitored,” the L-G said. Sources in the security establishment said concerns over radicalisation had resurfaced in the Valley after Taliban’s capture of Afghanistan and the stamp of Pakistan’s ISI on the nation’s interim government.

The presence of Haqqani network leaders in Afghanistan’s interim government has heightened the concerns in India over the potential fallout of the Afghanistan situation on the security in Jammu and Kashmir, given the close links the network has with Al Qaida. Surces said nearly 200 terrorists were learnt to be active in Kashmir, with the strength of homegrown terrorists almost the same as that of foreigners. — TNS