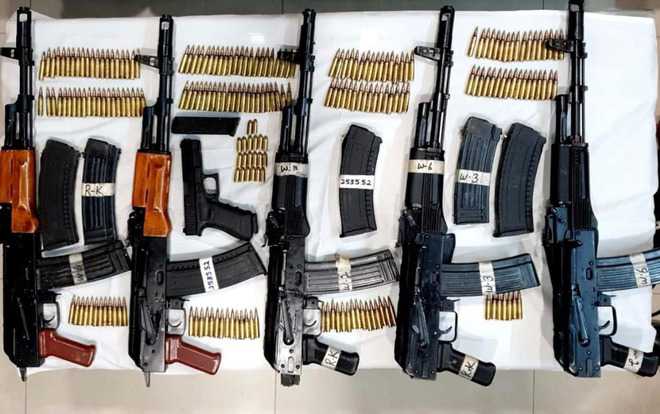 Security forces on Tuesday recovered a cache of ammunition and explosives in the Uri sector of Baramulla district, the police said. - PTI file photo

Security forces on Tuesday recovered a cache of ammunition and explosives in the Uri sector of Baramulla district, the police said.

The Army and the police launched a joint cordon and search operation based on specific intelligence in Charunda village of Uri Sector near the Line of Control, a police spokesman said.

"During the search operation, the team recovered a cache of ammunition including 200 AK rounds, eight Chinese grenades and IED material," he said.

A case has been registered at police station Uri and further investigation set into motion, the spokesman said. Recently, the security forces claimed to have recovered a pistol, two grenades, and other ammunition from a house in Panjtaran Karnah in the border district of Kupwara in north Kashmir.