Anti-drone system to be deployed along LoC : The Tribune India

Anti-drone system to be deployed along LoC 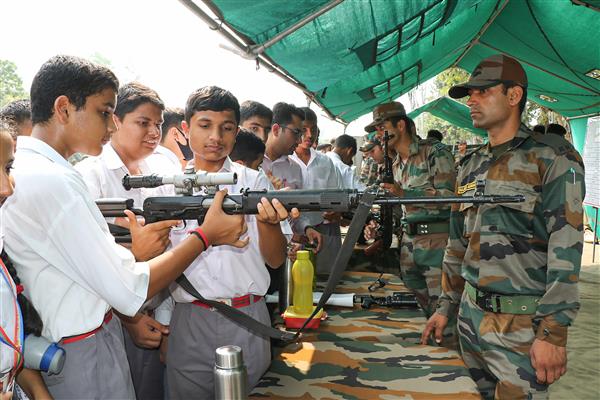 Students at the 'Know Your Army' mela in Nagrota. pti

Lt Gen Manjinder Singh, General Officer Commanding (GoC), 16 Corps (White Knight Corps), on Wednesday said an anti-drone system would be deployed along the Line of Control in the region soon.

Based in Nagrota, the White Knight Corps guards the LoC and major part of Jammu region. “Drone sighting along the LoC takes place two or three times in a month in the areas guarded by us. Most of these are apparently on reconnaissance mission and not to dump narcotics. We are in process of procuring anti-drone equipment after which our guard along the LoC will strengthen,” he said during the Golden Jubilee celebrations in Nagrota where an event—Know Your Army— was organised to motivate the youth to join the Army.

The officer also informed that terrorism in Jammu division was at its lowest level as there were a few active terrorists in the region. “The violence in Jammu region is significantly low. New recruits are joining terror outfits mostly in the Kashmir valley,” he said.

He however said that some of the youth from Jammu division were joining the narco-terror nexus to smuggle drugs as their villages are close to the LoC. “We are keeping a close watch on such youth who are involved in smuggling from border areas as their villages are located along the Line of Control,” he added.