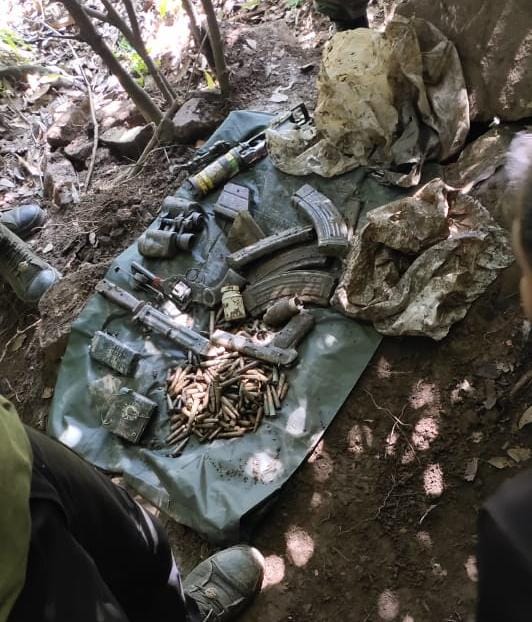 Arms and ammunition, including a Chinese pistol, and a camera were seized from a hideout that was busted in Ramban district of Jammu division today.

The seizure was made by a team of police and Army after specific input regarding it from a forest area of Tetharka in Sangaldan of Gool in the district. The area is thickly vegetated and was suited to hiding arms and ammunition, said a police official.

He said that a binocular that was also recovered from the site indicated that it could have been used to identify targets from a distance. Pistols have been used by terrorists in targeted killings in Kashmir in recent past.