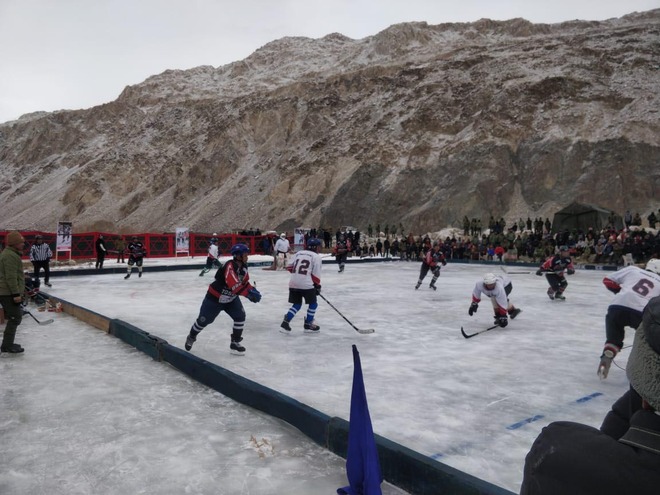 Players take part in an ice hockey tournament in Ladakh.

Undertaken as a “Sadbhavana” initiative, 10 local ice hockey teams participated in the competition which was conducted on the league-cum-knockout basis.

Players were felicitated by Commander Patiala Brigade who complimented all participants for their skills and dexterity displayed during the entire championship.