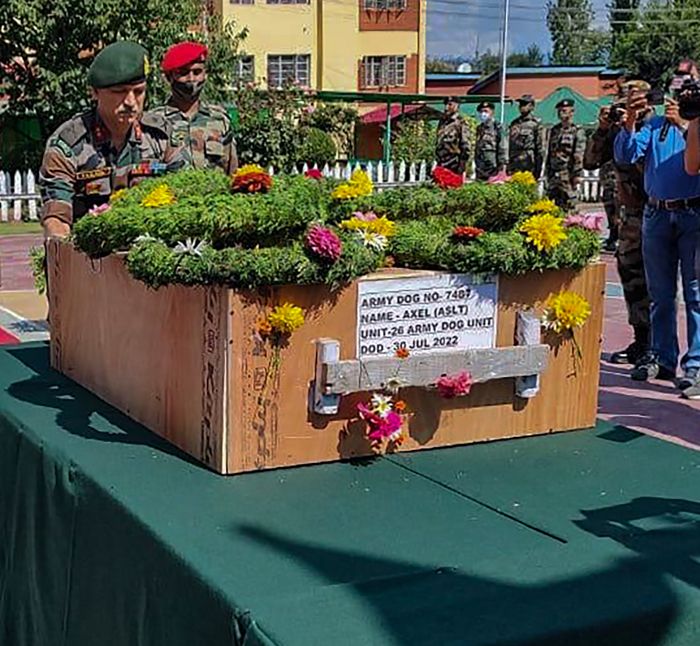 The Army on Sunday paid homage to assault dog Axel, who was killed in an encounter on Sunday in Baramulla’s Wanigambala area; a terrorist too was eliminated in the gunfight

“In a military ceremony, homage was paid to Axel, who died after being hit by bullets fired by the terrorist," a spokesperson said

The ceremony was held at Headquarters 10 Sector Rashtriya Rifles Hyderbeigh, Pattan, and was attended by Maj Gen SS Slaria, GOC, Kilo Force, officers and representatives of the J&K Police