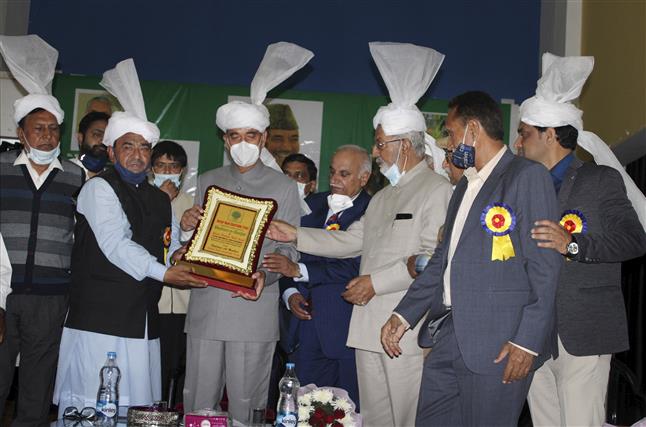 Senior Congress leader Ghulam Nabi Azad on Sunday said he likes leaders like Prime Minister Narendra Modi who are proud of their roots and noted that Modi speaks frankly about his past as a tea-seller.

Addressing a function by Gujjar Desh Charitable Trust here, the former Jammu and Kashmir chief minister said a person should not try to hide his background from the world.

“I, myself, had come from a village and I am proud of being a villager. I admire a lot of things about leaders like our prime minister who also says that he was from a village. He used to sell tea.

“I might have political differences with Modi but he is also frank about his past of being a chaiwala (tea-seller),” Azad said.

The remarks come a day after Azad and other ‘G-23’ dissident leaders, who have been pressing for a leadership change and organisational overhaul in the Congress, gathered on one stage here and said the party is weakening.

Modi had recently profusely praised Azad, who was the Leader of the Opposition in Rajya Sabha, during the Congress MP’s farewell in the Upper House.

An emotional prime minister had recalled how Azad had reached out to him in 2006 after tourists from Gujarat were killed in a terrorist attack.

He said the person who will replace Azad will find it tough to match his contribution. PTI